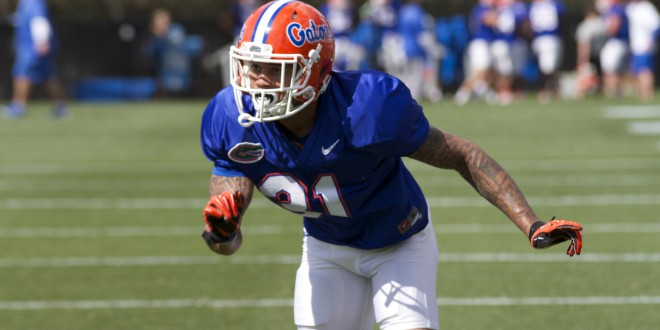 The Gators football team is back in action after their first full practice in pads on Wednesday.

According to Florida’s defensive coordinator Geoff Collins, the veterans have stepped up to help the rookies learn the defense and expectations.

The defense has been getting reps in different positions this spring. Collins said the coaches move the players around during practice to teach them new positions and techniques.

Gator’s corner Jalen Tabor has been working extremely hard this spring to take his talents to another level. Collins said Tabor is “arguably the best corner in college football.”

Florida defensive lineman Cece Jefferson has also been putting in a lot of time and effort in the off season to improve his game. Collins said Jefferson is a selfless player who will do whatever it takes to get better.

Another defensive threat for the Gators is Marcell Harris. Collins said he is an athletic presence who can cover slot receivers as well as tight ends.

With the defense working around the clock on the field and in meetings, the expectations are high for the Florida Gators.