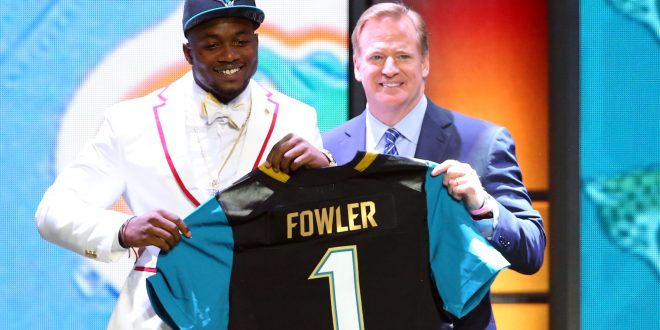 Former Gator and current Jacksonville Jaguars defensive end Dante Fowler strapped on his helmet for the first time today since tearing his ACL last May as the Jaguars kicked off their OTAs.  Fowler suffered the season-ending knee injury just nine days after being drafted third overall in the 2015 NFL Draft but seemed to be in good spirits after day one.

Fowler hopes to be able to return to being a dominant force on the line.

Recording 60 total tackles and 8.5 sacks throughout his junior campaign at Florida, Fowler’s size and athleticism helped him stand out as arguably the best defensive lineman in college football.

The Jaguars hope to utilize Fowler’s athleticism, just as the Gators did, by moving him around the line.  He creates match-up issues with offensive linemen who can’t keep up with his speed and array of block-shedding moves.  And, after 2016 first round draft choice Jalen Ramsey tore his meniscus in his right knee during off-season conditioning last week, Fowler was able to lend a supportive ear after going through his injury a year ago.

Ramsey underwent surgery Tuesday morning to repair the torn meniscus and hopes to be able to return by the start of training camp.

With the addition of draft picks Jalen Ramsey and Myles Jack, along with the return of Dante Fowler and off-season free agent signings, the Jaguars are poised to be a much-improved defense and a real threat in the AFC South.

And Fowler’s just happy to be back playing football, and being part of an NFL team. 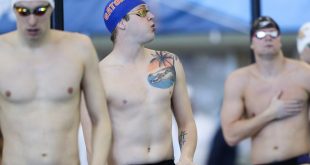