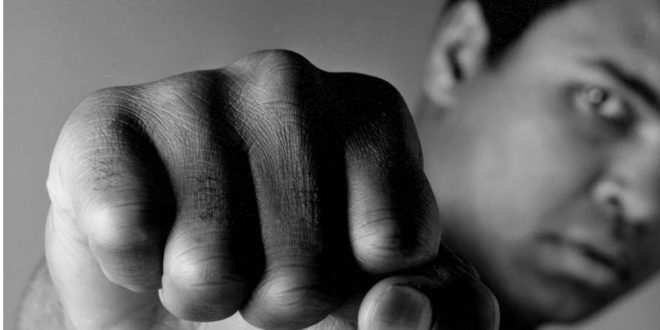 Labeled for reuse and obtained from: https://i.ytimg.com/vi/ClNOEzbAmlY/maxresdefault.jpg

A large poster of one of my personal heroes sits behind my desktop screen. The hero in question, the image’s focus—Muhammad Ali. He’s towering over Sonny Liston, who failed to escape the first round. You’ve seen the image, you’ve heard the story.

51 years after that image was captured, on June 3, 2016, “The Greatest”, born Cassius Clay in Louisville and remembered as Muhammad Ali, died in Arizona after being hospitalized for respiratory issues. Ali also battled an aggressive nervous system disorder called Parkinson’s disease for 32 years.

In the ’60s, during pronounced racial segregation and controversial wartime decisions, America was a polarized country. It was fitting then, that we were all captivated by the world’s most polarizing athlete.

Amidst rampant prejudice and discrimination, a black Muslim who exuded an ungodly confidence in himself projected his own reality into existence—he became The Greatest because he said he would. He knew he would.

It didn’t matter what anyone else thought, it didn’t matter that he was a minority. He united us all because we couldn’t ignore him. He was, and will remain, The Greatest. But Ali was more than a man, more than a boxer. He represented an idea. Ali’s impact on the Civil Rights Movement inspired an entire generation. In a time where racial issues still divide America, Ali’s passing should be a reminder of our responsibility to respect others in spite of perceived rising tensions.

Ali’s infamous denouncement of the Vietnam War is also still relevant today. His legacy should serve as a reminder that in America, fear is our only true enemy. What if Ali had let fear paralyze him from standing up for what he believed in?  What if he assumed the Supreme Court wouldn’t hear his case?

Muhammad Ali stood out because he fought harder than anyone else. Not just in the ring, but in life. Convicted of draft evasion, stripped of his titles, sentenced to five years in prison, and banned from professional boxing—Ali stood resolute knowing his legacy would not be determined by anyone other than himself.

Ali was a fantastic boxer, perhaps one of the greatest athletes of all time. However, his prowess in the boxing ring had no bearing on his title of The Greatest. Instead, his legacy is undeniable because he utilized his platform to tackle America’s most pressing and uncomfortable issues.

In fact, mere months before his final personal battle, Ali used his reach to voice his opinion on society’s view of Islam and America’s developing political climate.

Muhammad Ali finished his professional career with a record of 56-5, amassing 37 victories by knockout. 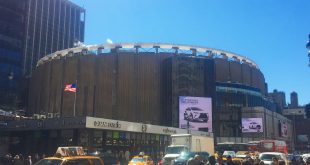