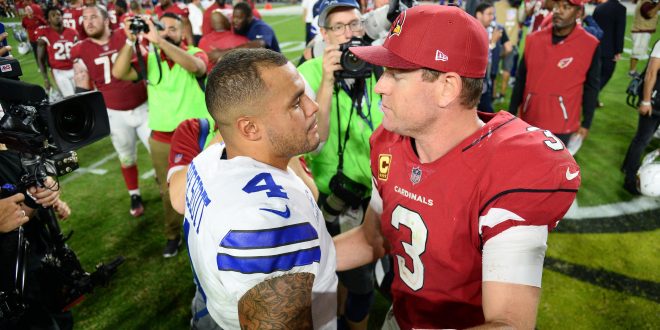 On Monday Night Football, the Dallas Cowboys got a 28-17 victory over the Arizona Cardinals and improved to a 2-1 record.

Dak Prescott and the Cowboys running game had stellar performances against the Cardinals. Prescott completed 13 of 18 throws and made two TD passes and a TD run. The important aspect about Prescott’s game was his decision-making. His ability to read plays and decide when was the right moment to throw the ball or just pass it.

How About That Cowboys Offense

For the first touchdown for the Cowboys, Prescott faked the pass to Ezekiel Elliott, decided to make the 10-yard run and scored the touchdown by himself on 1st and goal.

Dallas scored its second touchdown of the night after a solo act performed by Dez Bryant; he received the throw from Prescott and had his “me against the world” moment while he run the ball through six defenders to score the touchdown.

.@DezBryant will NOT be denied!

For the third touchdown for the Cowboys, Prescott used his fantastic footwork to do a horizontal run behind the 40-yard line to make a deep throw to Brice Butler in the end zone. An important detail about this play was Butler’s ability to dribble and beat his marking, Justin Bethel, to made the 37-yard reception.

With less than five minutes to play in the fourth quarter, Elliot closed the night after scoring his first touchdown of the season. Elliot took advantage of the gap created by the Cowboys front line to run through it and get to the end zone without any inconvenient.

Cowboys defense found the way to stop the Cardinals despite the fact that Carson Palmer had plenty of space and time to feed his receivers with passes the whole game. Palmer’s accuracy and quick release looked great in this game. He completed 29 of 48 throws and made two touchdowns.

Palmer took advantage of the pass protection to made those two touchdowns – Jaron Brown and Larry Fitzgerald grabbed both passes. On the first one, Palmer made a deep throw while being under the pressure of the Cowboys front-line; Brown received the ball easily out of pressure after beating his marking on the run to the end zone. On the second one, Palmer took advantage of the passing protection once again to send the 15-yard TD throw to Fitzgerald on the right corner of the end zone.

Palmer became the 13th quarterback in NFL history to reached the 45,000-career passing-yards. Fitzgerald needs to receive some credit for this. He had 13 receptions, had 149 receiving yards and scored one touchdown. Palmer was not the only Arizona player who broke a record in this game. Fitzgerald is now in 8th place on the NFL’s all-time receiving yard list.

In week four, both the Cowboys and Cardinals will be at home to receive the Los Angeles Rams and the San Francisco 49rs respectively. 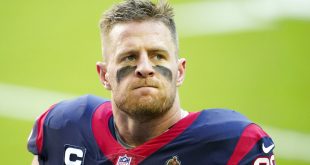