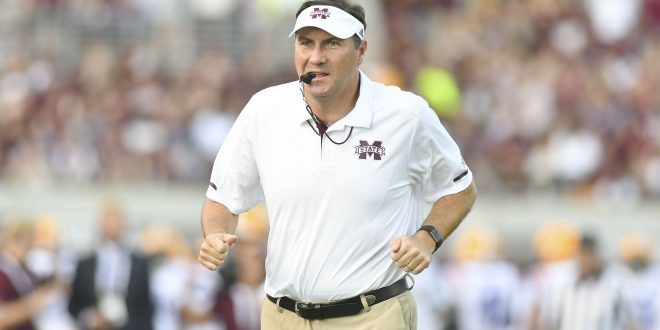 A familiar name for Gator fans is returning to Gainesville, this time as head football coach.

"I strongly believe Dan is the most prepared candidate to have immediate and long-term success at the University of Florida."

Mullen comes over from Mississippi State, where he worked under Stricklin when he was the athletic director for the school.  Mullen is 69-46 overall at Mississippi State, including a 2014 season in which the Dak Prescott-led Bulldogs were ranked number one in the first-ever College Football Playoff rankings after beating three top-10 teams; the season ended with the school’s third-ever 10-win season.  This year, the Bulldogs finished 8-4 and 4-4 in SEC play.

Nothing to Mull Over

Gator fans will be more familiar with Mullen’s time in Gainesville though, where he was offensive coordinator under Urban Meyer from 2005-08. Safe to say, Florida’s offense hummed along pretty well in his time in the Swamp that included two national championships.

Florida is working on finalizing a deal to make Dan Mullen its next head coach, a source told ESPN's Chris Low.

The Gators offense excelled when Mullen was their OC/QBs coach from 2005-08, winning a pair of BCS national titles in that time. pic.twitter.com/GNEKNCnFq6

Mullen’s hiring ends a search that also reportedly included Chip Kelly and UCF head coach Scott Frost. However, Kelly is now at UCLA and many reports point towards Frost being the favorite to go to his alma mater, Nebraska.

In Mullen, the Gators now have a coach who checks off many of the necessary boxes.

For starters, Mullen is familiar with the Florida and the SEC. Mullen has been coaching in the conference as a coordinator or head coach for nearly a decade now and his time and familiarity in Gainesville and with the Gators was unmatched by any of the other reported candidates.

In addition, Mullen has a track record of running good offenses and developing quarterbacks. While at Florida, we worked with Chris Leak and Tim Tebow, including Tebow’s Heisman-winning season in 2007. In Starkville, he developed Dak Prescott and Nick Fitzgerald, two dual-threat quarterbacks who have found success in his system.  While working under Meyer at Utah, Mullen helped develop quarterback Alex Smith, now the QB for the Kansas City Chiefs.

Mark your calendars now…Mullen and the Gators travel to Starkville to face Mississippi State next season on September 29.