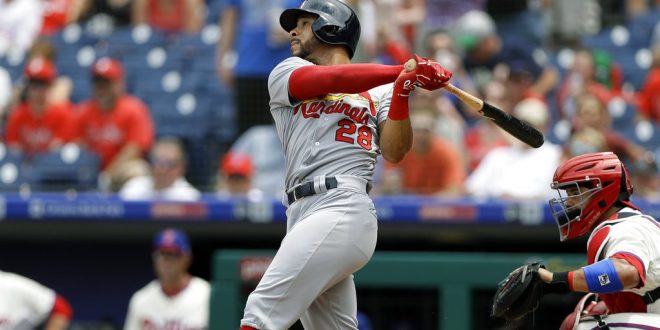 The MLB Trade Deadline is rapidly approaching with the deadline being at 4 p.m. Tuesday. There’s already been plenty of action, with the potential for more fireworks still a possibility.

In a rare instance of the Rays being buyers instead of sellers, Tampa Bay acquired outfielder Tommy Pham from the St. Louis Cardinals in exchange for three prospects.

Pham is batting .248 on the season with 14 home runs and 41 RBI in 351 at-bats so far on the season. While Pham was part of a deep midfield in St. Louis that included former Gator Harrison Bader, according to ESPN’s Jerry Crasnick, Pham didn’t have the best of relationships with the Cardinals’ front office.

Tommy Pham's relationship with the #STLcards took a hit when the team renewed his contract for $570K in the spring. He expressed his displeasure at the time. It's been a tough year for a lot of people in St. Louis. He should benefit from a fresh start with the #Rays.

One former Gator who’s on the move is outfielder Preston Tucker. Tucker goes to Cincinnati as part of a three player package in exchange for Adam Duvall, who provides a power bat for a Braves team that sits just 0.5 games back of the Phillies in the NL East. Duvall is only hitting .205 with 15 home runs in 2018, but hit 64 home runs between 2016 and 2017. Tucker had been batting .256 this season in Atlanta with four home runs and 22 RBI.

The Atlanta #Braves today acquired OF Adam Duvall from the Cincinnati Reds in exchange for RHP Lucas Sims, RHP Matt Wisler and OF Preston Tucker. pic.twitter.com/6iGNlYmZvf

With Rafael Devers headed to the disabled list recently, and Dustin Pedroia only having played three games this season, Boston moved to secure its infield depth.

They did exactly that, grabbing veteran second baseman Ian Kinsler from the Angels. In exchange, Los Angeles gets pitching prospects Williams Jerez and Ty Buttrey.

“Very good defensive player; still has good instincts,” Red Sox GM Dave Dombrowski said of Kinsler. “We think he makes us a better ballclub because he goes in at second base and is in a spot where he could play every day.’’

With Kinsler sliding in to second base, it’ll allow utility infielders Brock Holt and Eduardo Nunez to cover at third base until Devers returns from the disabled list.

Native New Englander. Follow me on Twitter: @jonacosta_10
@jonacosta_10
Previous LeBron James Discusses New School and Lakers Decision
Next He got his contract. Now, Sam Darnold has to fight for a starting spot