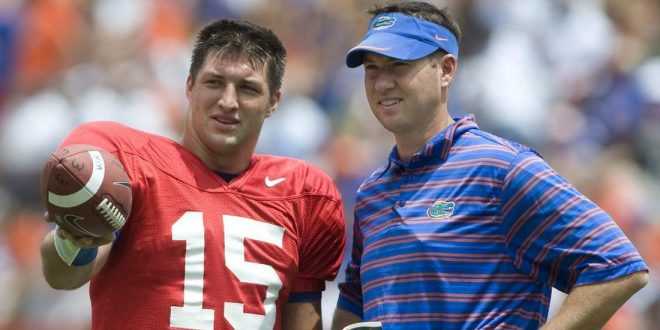 Bowling Green State University’s football program recently hired Scot Loeffler as their new head coach. Loeffler has an extensive coaching career dating back to 1996 where he got his start at Michigan as a student assistant.

He recently was the offensive coordinator at Boston College from 2016-2017. This will be the first time in Loeffler’s career where he will be at the helm as a head coach. 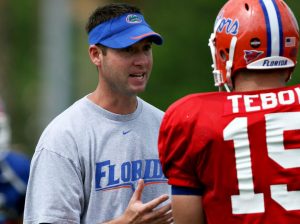 Loeffler is a familiar face for Gator fans. He was the quarterbacks coach under head coach Urban Meyer from 2009-2010.

What Loeffler is most recognized for during his time at Florida is his mentorship with UF football legend Tim Tebow. Tebow’s playing resume at Florida speaks for itself but Loeffler’s guidance and coaching that year contributed to Tebow’s and the overall team’s success.

In 2009, Florida had the best pass efficiency in the nation and Tebow ended his last year at UF passing for 2,895 yards and 21 touchdowns.

From College to the Pros

Being a quarterbacks coach for the bulk of his career, Loeffler has coached a few NFL quarterbacks during their time at the collegiate ranks. Other than Tim Tebow, Some of the more known quarterbacks he has coached over the years are: Tom Brady, Brian Griese, Chad Henne, Drew Henson, John Navarre and Logan Thomas.

Scot Loeffler will be the 20th head coach for Bowling Green and will start he tenure for the Falcons for the 2018-2019 season.

Previous No. 1 Alabama looks to remain undefeated as they enter the SEC Championship
Next Impact of Jeff Brohm’s decision to stay at Purdue