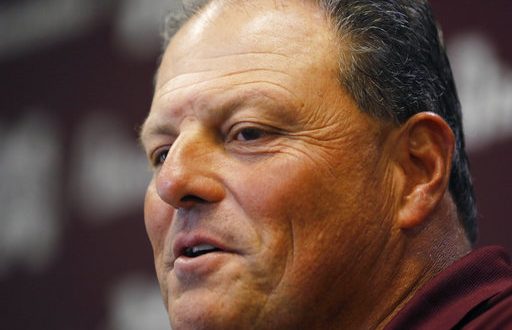 The Florida Gators defense has another huge test against the Georgia Bulldogs in two weeks.

The Gators’ defense has failed that test the past two seasons. The Bulldogs have scored at least 35 points in the last two games against Florida. Even though Georgia has not looked very explosive offensively this season, anything is possible in Jacksonville. Against South Carolina and Kentucky, Georgia was held to 20 and 21 points respectively. The Gators will be looking to follow the same blueprint next weekend.

One of the reasons why Georgia presents a huge test for the Gators’ defense is the Bulldogs’ run game. Georgia has one of the best offensive line units in the country. The unit is ranked first in line yards per carry (3.30). They are also ranked first in standard downs line yards per carry (3.27) (first down, second-and-7 or fewer, third-and-4 or fewer, fourth-and-4 or fewer). Not to mention they are 5th in the country in sack rate (2.3%).

With that being said, it is no surprise that running back D’Andre Swift is having a lot of success this season. Swift has rushed for 752 yards and scored 7 touchdowns. The junior has turned up his play recently as he has rushed for 292 yards and 3 scores over the last two weeks. Florida Defensive Coordinator Todd Grantham called Swift one of the best running backs in the country.

One reason for Gator fans to be optimistic about their defense’s chance is the fact that Jonathan Greenard and Jabari Zuniga are expected to play. Zuniga and Greenard are perhaps the two most effective players on the defensive side of the ball. Grantham talked about their importance to the defense.

Excluding the game against LSU, Florida’s defense has passed every test. They will need to bring the effort they showed against Auburn if they want to be in the driver’s seat for the SEC East title.