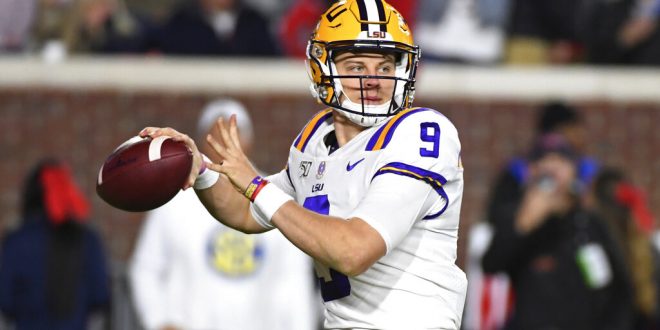 No. 1 LSU takes on Arkansas

The Arkansas Razorbacks will travel to Death Valley this weekend to take on the country’s top-ranked team, the LSU Tigers.

The updated college football rankings once again have the LSU Tigers in the number one slot. The Tigers have yet to lose a game, with a 10-0 record on the season. In Week 11, LSU defeated the defending SEC Champions. Their 46-41 nail-biting win over the Alabama Crimson Tide put them firmly in the nation’s lead. They’ve been there ever since. Last week, the Tigers pulled out a 58-37 win over Ole Miss. LSU is also ranked number one in the SEC in total offense, averaging 556 yards per game and 47.8 points.

Meanwhile, the Razorbacks will come into this game looking for their first SEC win of the season. Arkansas recently fired their head coach, Chad Morris, after he went 14 tries without beating an SEC team. Arkansas is 2-8 so far on the season, still yet to conquer a conference opponent. The Razorbacks sit at number 12 in the SEC in total offense, averaging only 353.5 yards per game and 22.3 points.

Joe Burrow has proved to be one of the most talented quarterbacks in college football right now, leading the SEC in passing yards. He’s tallied a total of 3,687 yards on the season in only 10 games for a total of 38 touchdowns. In last week’s win over Ole Miss, Burrow went 32-for-42 for a whopping 489 yards and 5 touchdowns. However, he also threw two interceptions in the game against the Rebels. Earlier in the season, Joe Burrow completed 17 passes in a row, setting a new record for Louisiana State University. He has also now broken Rohan Davey’s record of 3,347 yards in a season, which was set in 2001.

The Tigers and the Razorbacks have met 64 times before, the first being in 1901. The Tigers have conquered the Razorbacks for the last three years in a row. Last year, Arkansas fell to the Tigers at home in Fayetteville in a 24-17 matchup.

Kickoff in Death Valley on Saturday is scheduled for 6 p.m. You can catch the game on ESPN.