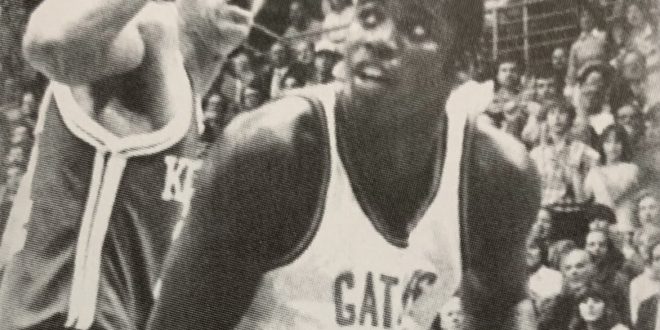 Ronnie Williams is a New York native. When Monte Towe, at the time was an assistant coach at North Carolina State, went to a summer league tournament to see Vern Fleming play and was surprised when Ronnie Williams walked in and picked up a ball. Towe said that Williams was the best player in the gym.

While Ronnie was in Wisconsin he was called and recruited by Towe, who became an assistant coach at Florida.

Towe said, “the rest is history.”

Ronnie Williams is the all-time leading scorer with 2,090 points. He led the Gators in scoring for four consecutive seasons, was the SEC Freshman of the Year and a four-time All-SEC selection. Towe boasts about Williams’s career with Florida and said that he carried the basketball program.

Towe discussed the stacks defenses against Williams and how he could still score. Williams played against Sam Bowie, Melvin Turpin and Charles Barkley.

“Had a great smile and played every night and played all out somewhat out of position…maybe not the greatest leaper in the world but could always get in the right place on the floor particularly on the offensive end,” Towe said. “He had great hands…he just caught and got rebounds, anything that got close to him and his hands it was going to be his ball.”

Towe said he was one of the greatest players he’s ever recruited. The University of Florida was lucky to have a player like Ronnie Williams. 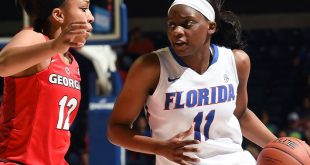 We are exactly one month away from tipping off the Gator women’s basketball season. Until …