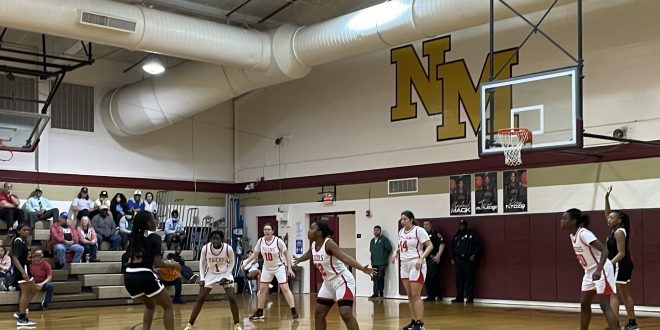 Eastside Lady Rams Fall to Dunnellon in 4a District Semi-Final

The Eastside Girls Basketball team faced off against the Dunnellon Tigers Wednesday night in a District Semi-Final matchup. Dunnellon, the first seed in the district, was coming off an incredible regular season in which they finished 22-3. The fifth-seeded Rams came out victorious in their quarterfinal game against Palatka on Tuesday to advance to the semis. The stage was set at North Marion High School for a great contest between the Rams and Tigers. At the final buzzer, Dunnellon prevailed in a 65-54 win over Eastside, ending the Rams’ season.

A Disappointing Start for the Rams

The game began slowly with nothing but double zeros on the scoreboard for the first two minutes. The Dunnellon Tigers with a layup to get them on the board first. Both teams playing their best defense but the referees calling the game tight with a whistle for almost every possession. Not a lot of calls going their way and not a lot of shots falling their way, but the Rams were not helping themselves either. They finished the quarter down 13-5 with a total of nine turnovers, eight fouls, and just 2-14 on-field goals.

Rams #20 Trinity Cooper scores a triple and the first bucket for the Rams. @ESPNGainesville pic.twitter.com/JvKPNSncGk

The Rams Fight Back

Seemingly discouraged, the Rams continued to struggle offensively at the start of the second quarter. Multiple careless passes led to a total of nine turnovers for the Rams. Most of the Tigers’ points in the second quarter came from their ability to capitalize on fast breaks after steals. Foul trouble also remained an issue for the Rams. Sese Peeples, the Rams’ leading scorer of the season, was substituted out mid-quarter after committing her fourth foul of the game.

Even so, the Rams started to find their momentum and their offensive intensity picked up a few minutes into the 2nd quarter. Aniya West led the Rams’ offensive efforts by attacking constantly under the rim. The sophomore was able to draw multiple fouls which sent her to the free-throw line. Even though she only made 1 free throw attempt, the Rams were able to benefit from the change of pace of the team. Eventually, outscoring the Tiger by 16-12 and narrowing the lead from eight to four points. They ended the 1st half trailing 25-21.

At halftime, Abby Ogier got to catch up with Head Coach Mark Hickman. When asked “How do you keep your team motivated to continue playing their game when a lot of calls are going the other way?” Hickman said.

“We coach them up to be able to play through things because not every call is going to go our way.”

He continues, “both teams have a lot of fouls, I think 25 total, so there were some I didn’t agree with, but also some that did go our way.”

Tatianna Matthews, the Tiger’s sophomore leading scorer who is averaging 25.5 points per game this season, started the quarter with high levels of offensive and defensive intensity. The Tiger star started to run full-court press, in which she managed to pick up a couple of steals and quickly score. Meanwhile, the Rams had several good opportunities to score close at the rim. However, missed layups and shots had made it difficult for the Rams to catch up. The Tigers outscored the Rams 21-17 in the third quarter, and the Rams were down 46-38.

Eastside Can’t Pull it Back in the Fourth

The Rams started the fourth quarter down by eight with hopes of a comeback still intact. However, they got off to a very slow start in the quarter with a couple of quick turnovers. Dunnellon scored the first eight points of the fourth, bringing their lead to 16. They also played great defense forcing Eastside to miss their first three field-goal attempts and five of their first six.

Sese Peeples led the team again on Wednesday night with 19 points. Eight of these came in the fourth as she tried to help mount a comeback. The senior, Peeples, also led the defensive effort for her team as she came away with six steals. Senior, Karonda Kelly showed out for the Rams as well by putting up 14 points. Six of these came from knocking down two three-pointers in the losing effort.

The Rams were able to bring the lead down to single digits multiple times in the fourth. However, they couldn’t string together enough stops and baskets to come all the way back. At the final horn, Dunnellon came out on top with the final score of 65-54. This ended Eastside’s season as Dunnellon advances to the district championship. The Rams should be proud as they stuck with one of the best teams in the state from start to finish. 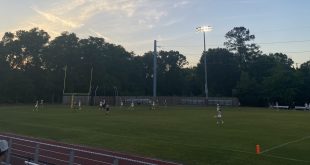