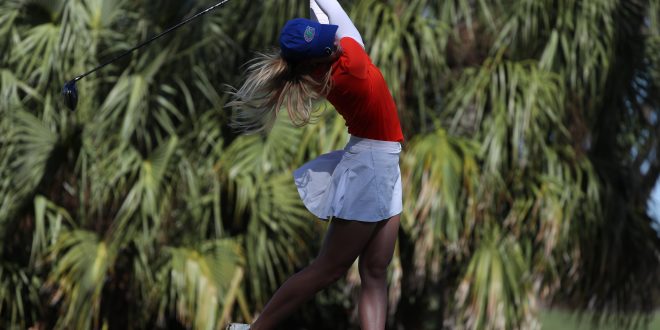 Florida Gators’ own Annabell Fuller will attend the Augusta National Women’s Amateur for her third time on Wednesday. Fuller was recently named SEC Golfer of the Week and was the runner-up at the Clemson Invitational.

Fuller spoke with Steve Russell from Sportscene to talk about all things golf. She retells the first time she attended the Augusta National Women’s Amateur and how her experience was.

She explains to Russell the difficulty of the two different courses the golfers will be on.

Fuller said she go into the sport because her sister played the game and wanted to be just like her. She later found out that she had real potential in the sport and pursued it.

She tells Russell which hole of the course is her favorite and which hole she finds the most difficult.

The tournament will be broadcasted on the Golf Channel from March 30 to April 2.