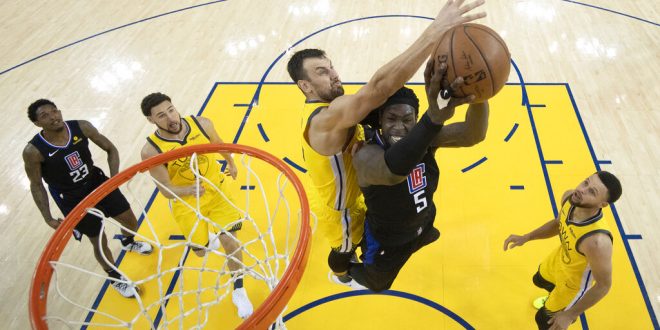 The first round can be summed up as over in five games with half of the first round matchups lasting just that many games. The Raptors won in five as well as the 76ers, Trailblazers, and Rockets.

Well, Golden State has blown a 3-1 lead before. On the road, the Los Angeles Clippers forced a game 6 with a 129-121 win to avoid elimination.

The Clippers have been given the chance to show that being the eighth seed means nothing. They have the chance to be just the sixth no. 8 seed to defeat a no. 1 seed and the first since 2012 when the Philidelphia 76ers beat the Chicago Bulls in six games.

The Clippers entered game 5 against the Warriors down 3-1 with their last win coming in game 2. That means that the Clippers had won the most recent game at Oracle Arena going into last night.

The first quarter went back and forth with each team having the lead twice. With the help of Stephen Curry‘s near-guaranteed free throws and key 3-point shots by Kevin Durant helped Golden State finish the first quarter up 41-37. That would be it for Golden State, for the most part, the rest of the evening. Lou Williams and Danilo Gallinari showed up and put up a combined 20 points to get the Clippers to a 71-63 lead at the half.

In the third quarter, the Clippers pulled as far ahead as 81-66. The 15 point lead would the largest lead at any point in the night. Golden State would take advantage of every free throw opportunity to stay in the game and the Clippers would lead 104-94 at the end of the 3rd quarter.

The final quarter is what you would call a mini heart attack for Clippers fans. They’d have to watch their lead slip away when Golden State took a 118-117 lead with 2:40 left to go in the game. Hopes to stay alive start to look bleak for the Clippers.

They had blown their 15 point lead with their backs against the wall.

All fear would last a total of eight regulation seconds as Lou Williams 3-pointer would give The Clippers the lead for good.

The Clippers have proven they can do the unthinkable and win back to back games at Golden State. Golden State hadn’t lost back to back home games since December 25th and 27th. Lou Williams and Montrezl Harrell earned co-players of the game honors for 57 points OFF THE BENCH.

The only issue for the Clippers is that they haven’t won at home this series. However, for the first time, they have some momentum in this series. If the team stays confident and exploits the Golden State defense they could be returning to Oracle Arena for Game 7.

Harrison is a sports coordinator at ESPN 98.1 FM/850 AM WRUF. He served as a beat writer for Florida Gators football for the 2019 and 2020 seasons. He also contributes to WRUF's Gainesville Sports Center segments and makes appearances on the Clash on Harp on Sports. Harrison has been a content writer for WRUF since January 2019 as well.
@HarrisonSmaj
Previous Rockets defeat Jazz, advance in playoffs
Next NFL Draft Preview 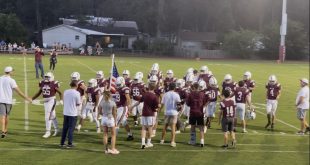