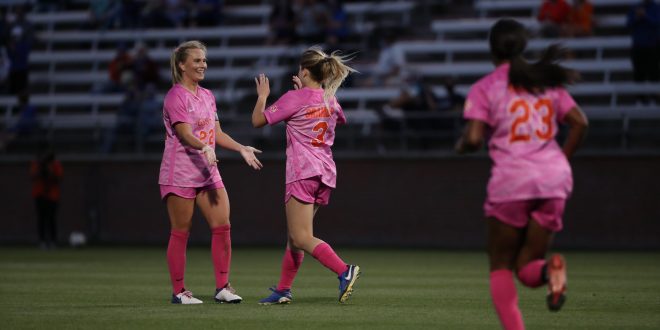 This match was originally scheduled for Sunday, but due to anticipated bad weather in Atlanta, the soccer match has been moved to Monday.

The Gators served the Ospreys their first loss of the season on Wednesday, 2-0.

This was a competitive first half between both squads. A scoreless match through 75 minutes. Until Florida made a big play to break the seal. Senior Madison Alexander high kicked a lead pass to freshman Beata Olsson who just beat the UNF goalie to the ball. Olsson snuck it by the goalkeeper and guided it into the goal, giving the Gators a 1-0 lead.

The Gators would win the match 2-0 and Florida’s goalkeeper, Susi Espinoza, would get her second shutout in spring, the tenth of her career.

What to Expect Versus Georgia

These two teams faced off in September during conference play. The match ended in a 1-1, double-overtime tie. It was the first game of the season for Florida.

This spring, Georgia is 1-3 and on a three-match skid. The three losses coming to Mississippi, Auburn and Clemson.

The players to watch for Georgia are Mollie Belisle and Abby Boyan. They both have four goals on the season and have combined for 18 of Georgia’s 33 points this season. Should be a competitive match.