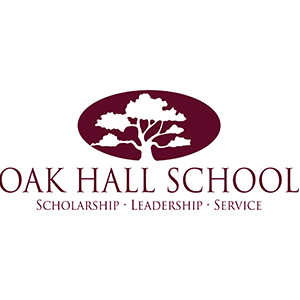 A historically dominant lacrosse program had three college signees last week. Led by Coach Jonathan Montes, Oak Hall’s boys lacrosse team is a force to be reckoned with. Having college commits is no new feat for this program. The team is led by three stand-out seniors who signed to play college lacrosse in the fall. All three were part of a heart-breaking defeat to Bolles in the regional semifinal during last year’s postseason.

Cade Balogh, Walker Smith and Michael Moreschi are the latest players to join an extensive list of Oak Hall lacrosse signees. Moreschi is a two-sport athlete who also excels on the basketball court. The Eagles head basketball coach, Monte Towe, called Moreschi the “straw that stirs the drink” and is essential to the team’s success. Oftentimes, the offense runs through him and sophomore standout Andrew Powell.  Moreschi hopes to make a deep run in the postseason for the Eagles basketball team before his senior season of lacrosse gets underway. Moreschi signed to play at Sacred Heart University in Fairfield, Connecticut.

Cade Balogh and Walker Smith will continue to be teammates as they both signed to play at Flagler College in St.Augustine, Florida. Cade has been playing Lacrosse since he was seven years old and says the biggest factors to his development are “the brotherhood” with his team and his relationship with Coach Montes. Balogh says that Montes has taught him many important lessons, “not only on lacrosse but the outside world.” Cade and Walker have big goals for the upcoming season and hope to achieve high school All-American status. To do this, Cade wants to get his teammates involved a lot more. Looking to the future the duo wants to “earn playing time” and do whatever Coach Duncan tells them.

“not only on lacrosse, but the outside world.”

Cade, Walker and Michael’s senior season gets underway on February 15, where they will host Episcopal school of Jacksonville.

Freshman Journalism major at the University of Florida.
@@jbow2745
Previous What’s next for Kansas City Chiefs?
Next Eastside Triumphs Over Palatka to Advance to the District Semi-finals