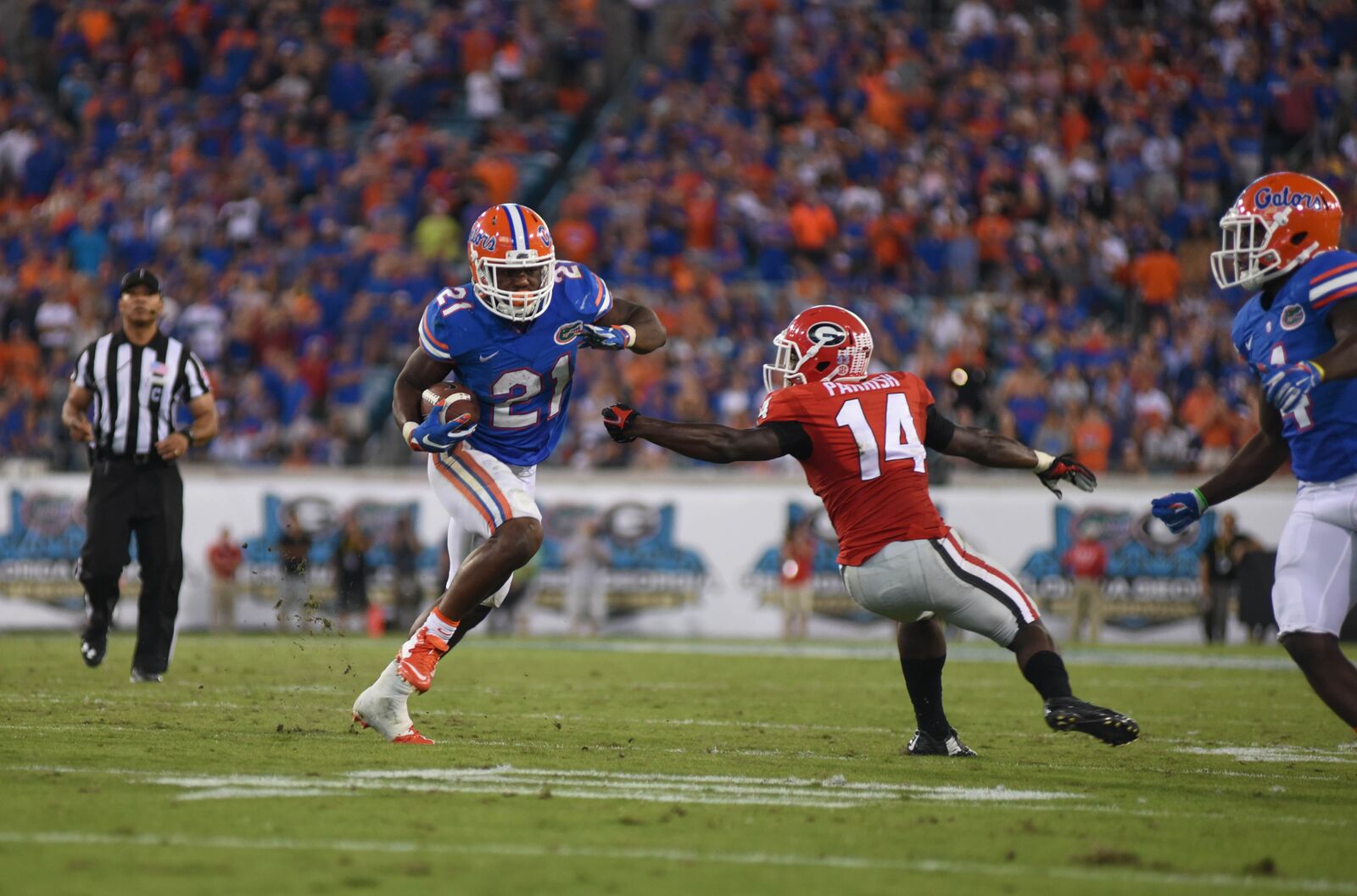 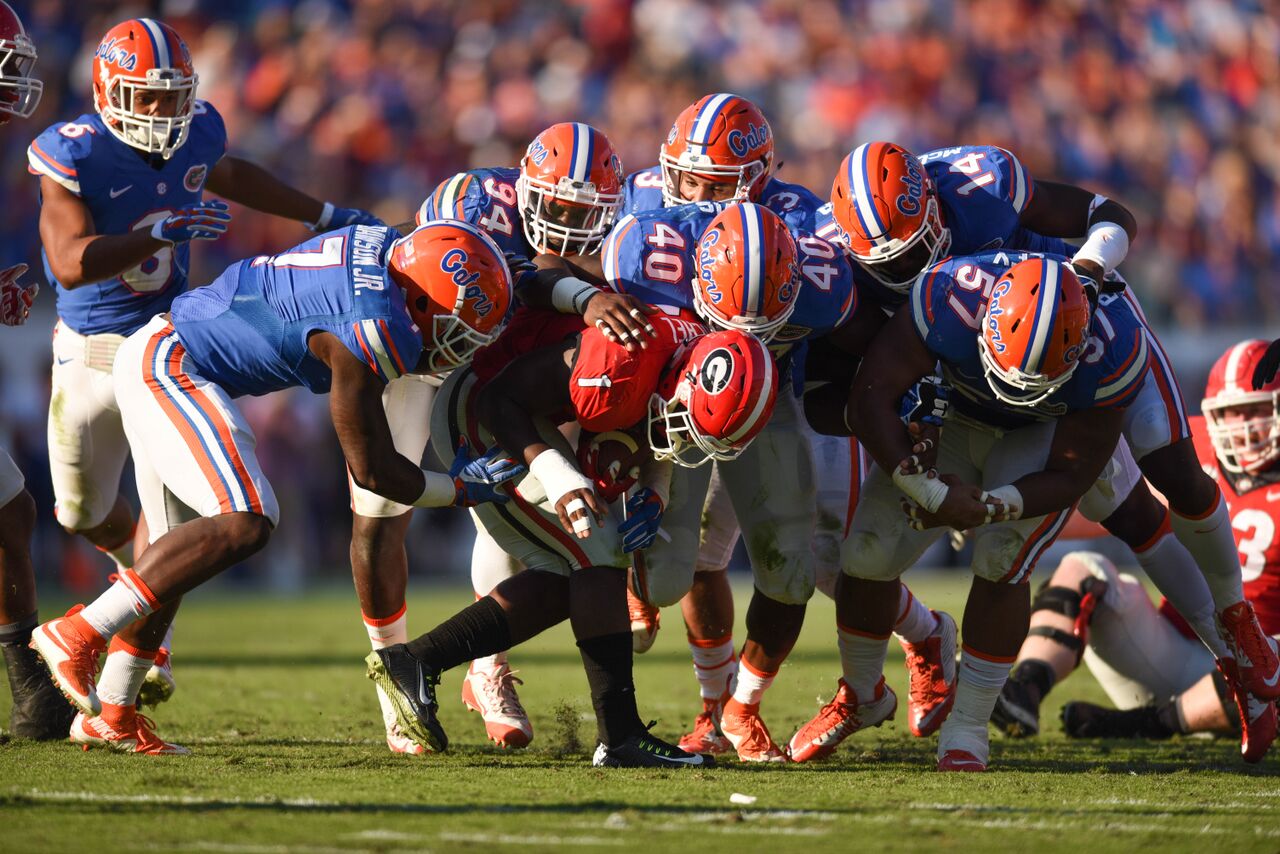 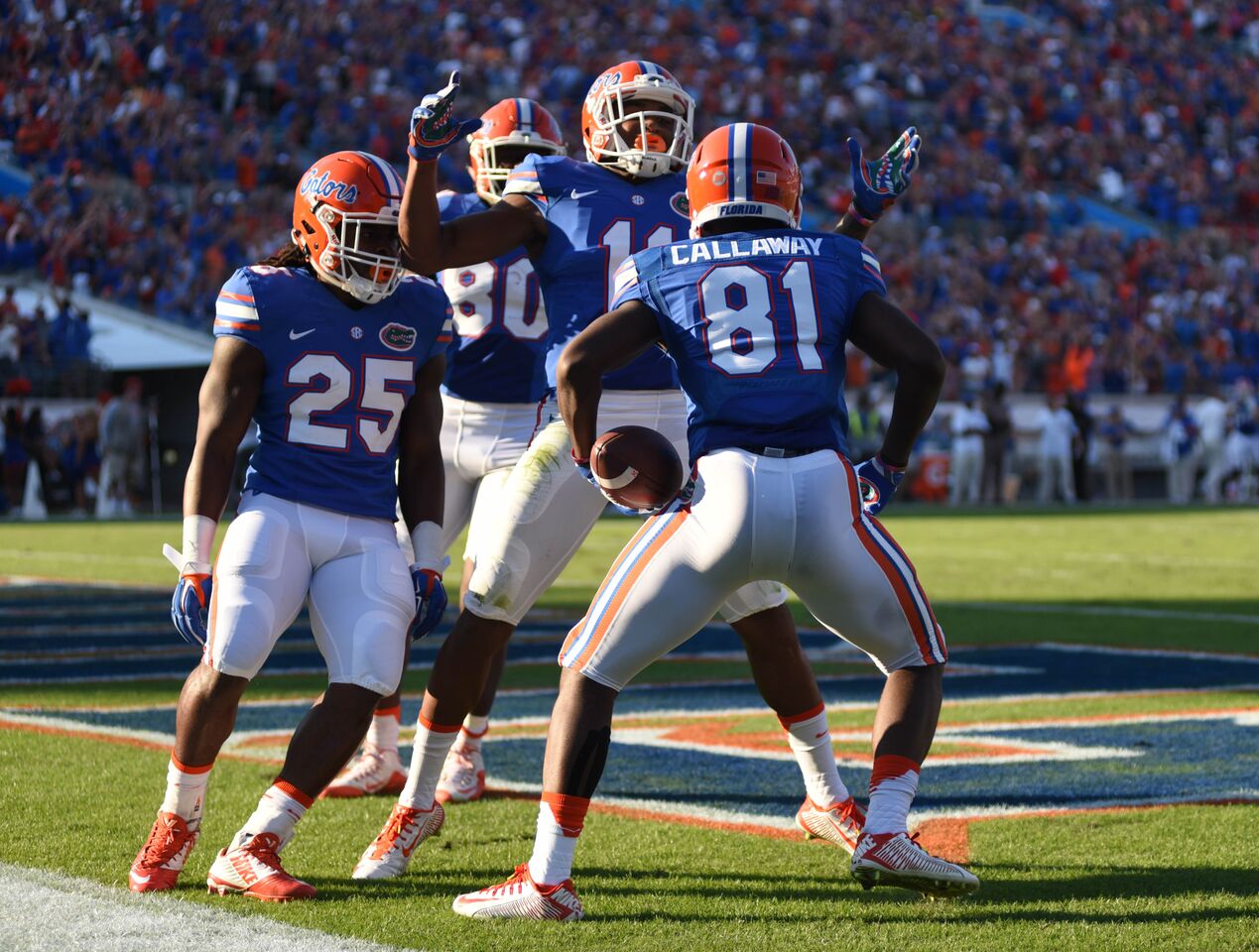 See the full photo gallery by Greenberry Taylor, WUFT News The 11th ranked Florida Gators (7-1, 5-1 SEC) won their second consecutive game against the Georgia Bulldogs (5-3, 3-3 SEC) 27-3 on Saturday in Jacksonville thanks to continued defensive excellence, and a new found rushing attack. Florida head coach Jim McElwain was very vocal leading up to the game about needing to find consistency and balance in the run game. After the Gators totaled a mere pharmacy canada 55 yards rushing versus LSU in a 35-28 loss, McElwain challenged the offensive line and running backs to improve. And improve they did. Junior running back Kelvin Taylor rushed for a season high 121 yards on 25 carries while scoring two touchdowns. Freshman Jordan Scarlett also had a break out game finishing with 96 yards on only nine carries. Taylor broke the double digit touchdown mark for the season on his 16-yard carry in the fourth quarter; it’s the first time a Gator running back has reached that mark since Mike international canadian pharmacy Gillislee in 2012. In three games versus the Bulldogs, Taylor has rushed for close to 400 yards and four touchdowns. McElwain couldn’t be more proud of his junior running back’s performance, especially at a place where the Taylor name is well known. While the Gators finally got the ground game going, the defense held Georgia’s rushing attack well below its season average. The Bulldogs could only muster 69 buying viagra online yards on the ground with a long run of 10 yards. While the defensive line only recorded one sack in the game, McElwain credits their performance for Georgia’s tough sledding. While the front seven only brought Georgia’s starting quarterback Faton Bauta to the ground one pharmacy in canada time, they constantly pressured and hurried the junior. The Gators secondary reaped the benefits hauling in four interceptions, the most in game since last season versus Florida State. Sophomore quarterback Treon Harris started off poorly, going only 2 of 9 passing for 31 yards in the first quarter. Harris finally seemed to find a better rhythm after finding freshman wide receiver Antonio Callaway for a 66-yard touchdown in the second quarter. Callaway ended up going over the century mark in receiving yards for the third time this season, making him the first freshman wide receiver in Florida history to accomplish that feat. Harris finished the game 8 of 19 for 155 yards and that lone touchdown and McElwain was content with his quarterback’s play. While the head coach was complimentary of his players performance, Kelvin Taylor gave a lot of credit back to the head man. With the Gators 27-3 victory in McElwain’s Florida-Georgia debut, Florida gave their head coach a nice start in the rivalry, in fact, it was the best in quite some time. https://twitter.com/ESPNStatsInfo/status/660598067708624896 With the victory over Georgia, Florida has the opportunity to clinch the SEC East title with a victory over Vanderbilt next Saturday in the Swamp. Vanderbilt lost at 18th buy viagra online ranked Houston on Saturday night 34-0. McElwain acknowledges the implications in that match-up and he looks forward to seeing how his team handles it. The Gators and Commodores will kick off in the Swamp at 12:00 next Saturday. Video recap provided Ashlyn Sullivan, WUFT Sports
Share