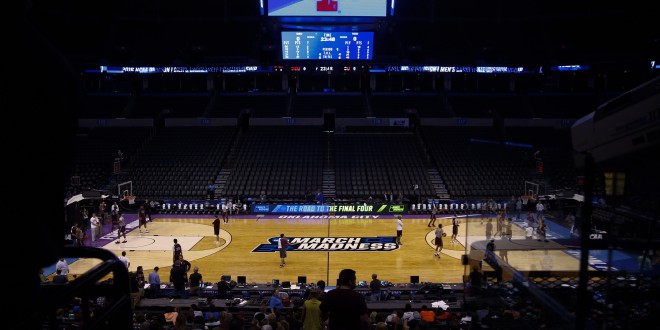 The opening day of the NCAA Men’s Basketball Tournament is in the books; two five seeds lost to 12 seeds and two 11-seeds took out their six seed opponents and it featured one quite interesting post game interview.

Today, the second day of March Madness gets underway…here’s some games to keep an eye on.

The last time these two teams met in the NCAA Tournament, Dayton’s defense thwarted Syracuse and fueled a major upset in 2014. This season, Syracuse (19-13) is sputtering into the tournament having lost the last four of fivegames. Dayton (25-7) has been to three consecutive tournaments and captured a share of the Atlantic-10 regular season title.

Off-court issues inside the California (23-10) program overshadow today’s game against Hawaii (27-5). Earlier this week the Golden Bears dismissed an assistant coach because of sexual harassment allegations. On Wednesday,senior playmaker Tyrone Wallace broke his hand in practice and was declared out for the remainder of the season. On the court, Hawaii will look to use their defense as their form of offense. Cal has the third highest turnover rate in the Pac-12, but all five of their starters average more than 10 points a game.

The only SEC team to play today is Texas A&M (26-8). Senior Aggie Danuel House is coming off a strong performance in the SEC Championship game against Kentucky scoring 32 points. He is one of many playmakers that Green Bay (23-12) will have to contain. Coach Billy Kennedy is surprised that Texas A&M is a No. 3 seed especially since Kentucky is a No. 4 seed.

A historical match-up that usually takes place on the gridiron, but tonight it will be on the hardwood. Michigan (23-12) is coming off their First Four win against Tulsa, making some late game shots down the stretch. Notre Dame (21-11) has a playmaker of their own in Zach Auguste, averaging 14.4 points per game.

All the winners today move on to second round action on Sunday.

Originally from Ocala, Florida. University of Florida Class of 2017. Avid FIFA player willing to beat anybody. Follow me on Twitter for everything you need to know!
@JoshLaSelva
Previous Gator Lacrosse Takes on Maryland in Battle of the Elites
Next PREVIEW: Florida Women’s Tennis Travel to Play No. 37 Ole Miss and No. 22 Mississippi State

On Thursday, Pac-12 conference announced that George Kliavkoff will Replace Larry Scott as the New …