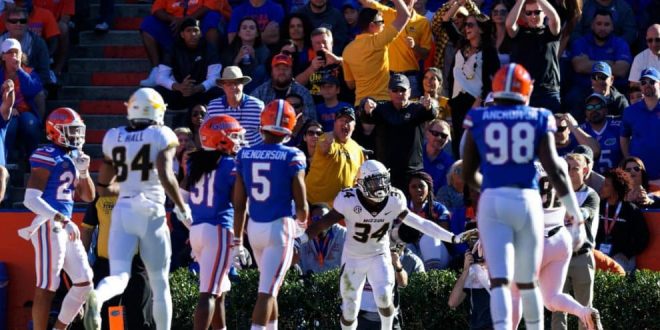 Grantham says defense has to improve

After two consecutive loses for the Florida Gators there needs to be major improvements on and off the field. Defensive Coordinator Todd Grantham and his team have already been looking into adjusting their part.

In big games such as Mississippi State, Tennessee, and LSU the Gators defense came out and played with an edge. They were fast, physical, and put pressure on each quarterback and made them commit errors that led to big time plays. But when it came to last weeks game against Missouri, the Gator defense looked like a completely different team giving up 250 yards in the air and 223 yards rushing followed by five touchdowns.

“Everything you do, whether it’s walk through in the morning before the game, whether it’s your five plays or 50 plays. Whatever it is, there’s a certain standard that you’ve got to play to. If you’re not doing that you’re cheating yourself and our team,” Coach Grantham said.

“We’ve got to make sure that we play with that edge to allow us to compete against the people we’re playing against.” 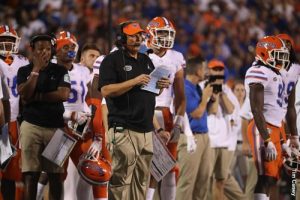 Searching for answers to the defensive problem the Gators are facing, Grantham and Coach Mullen have decided to stat getting younger players involved in the rotation.

“We rotated guys, We played more guys this game then they have in the last three or four. Some of the younger guys played and they’ll learn from their plays and be better by this time next week. So we will continue to rotate those guys in there. Its all a matter of playing and learning not much to it.”

Going back into rotations were sophomores Tedarell Slaton and Elijah Conliffe. Both saw their first double digit snap counts since the beginning of the season. With seeing those guys being involved more into the rotation we can see Florida is looking for solutions inside at tackler.

“We’re still a young team. Everything we do is a growing process. To be able to go to Jacksonville and play in that type of atmosphere as a top-10 team, it was a learning experience for us. We need to make sure that we play with a certain edge to allow us to play to our opponents. If we do that, we’re fine. If we don’t, we’re going to have what happened on Saturday.”

South Carolina up next.

Up next for the Gators, the South Carolina Gamecocks will be traveling to the Swamp for a noon game this Saturday. The Gamecocks come off winning two straights games and with only one win away from becoming bowl eligible. Also quarterback Jake Bentley is coming off arguably the best game of his career against Ole Miss throwing for over 350 yards and two touchdowns. Florida goes into this game being ranked no. 19th in the AP poll but will take on a fired up South Carolina team.