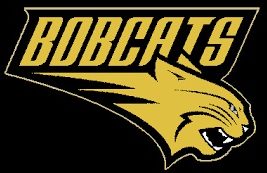 The Buchholz Bobcats football team is entering the post season against the Edgewater Eagles. The Bobcats are going into the game with a 7-3 regular season record. The Eagles enter the game with an impressive 9-1 record. Buchholz is coming off a win over Santa Fe 56-21 last week. While Edgewater is also coming off a big 56-14 win over Boone. Friday’s game between the pair is in the FHSAA Football – Class 7A tournament.

On average, Edgewater typically out scores opponents compared to Buchholz 42.9 to 34.2 points per game. Both score the majority their points in the 1st half of games. Edgewater has not updated their stats online. However, Buchholz has put up their statistic numbers. Buchholz gets 146.4 rushing yards a game and 211.1 passing yards a game. On defense they make 69.6 tackles a game.

Buchholz leading rusher is Jakhai Mitchem, who puts up 67.5 yards per game. QB Camden Orth puts up 196.5 yards on the field. On defense Terrence Young leads the team with 10.6 tackles a game. Noah Keeter gets the most sacks for the bobcats with 1.2 per game.

Head Coach Mark Whitttemore explained how he likes how his team has improved over the season and is currently playing.

Whitttemore says that he likes to look at his season as if it’s spilt into thirds. He says Friday’s game against Edgewater will be the start of the last third of his season.