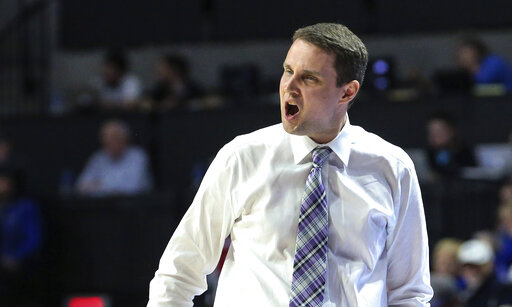 LSU coach Will Wade shouts during the first half of the team's NCAA college basketball game against Florida in Gainesville, Fla., Wednesday, March 6, 2019. (AP Photo/Gary McCullough)

LSU head basketball coach Will Wade has been reinstated after being suspended amidst a recruiting scandal.

Corruption in the Program

Speculation of a recruiting scandal first came to life in 2017. Wade faced accusations involving an alleged wiretap. He supposedly spoke to recruiting middleman Christian Dawkins about making an offer to a student-athlete believed to be Javonte Smart.

Upon news of the investigation, Wade refused to meet with university officials, leading to his suspension. It began in early March, one game before the end of the regular season. Tony Benford was named interim head coach. The Tigers would play on to win the SEC title. However, their postseason run was cut short after losing to Michigan State in the Sweet 16.

Following NCAA meetings, LSU announced on Sunday that Wade would be reinstated. A meeting on Friday involving Wade, university and NCAA officials led to the lifting of the suspension. LSU athletic director Joe Alleva recommended that Wade be reinstated to the university president. His statement, as well as Wade’s comments, were released below:

“Protecting L.S.U. and preserving our integrity must always be our first priority,” Alleva said.

It is still possible that Wade could be subpoenaed to testify in the upcoming college basketball corruption trial in federal court.

Wade has been coaching at LSU since the spring of 2017. Prior to his suspension, the Tigers were collectively 25-5 through his tenure.

Born and raised at the ballpark! Typically quiet- until it comes to sports. I'm a South Florida native with a passion for baseball nearly as strong as my faith. Grew up in garnet + gold, turned out sporting orange + blue. Likely to be found with a camera. And yes, I take food pictures.
@victoriarossman
Previous Eastern Conference Playoff Update
Next Florida basketball lands transfer Anthony Duruji