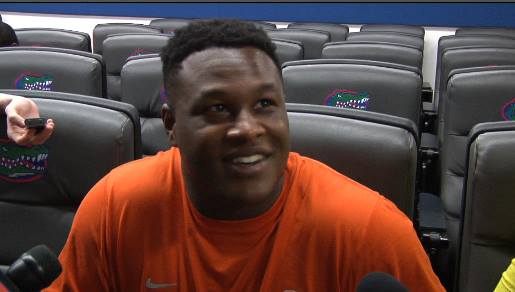 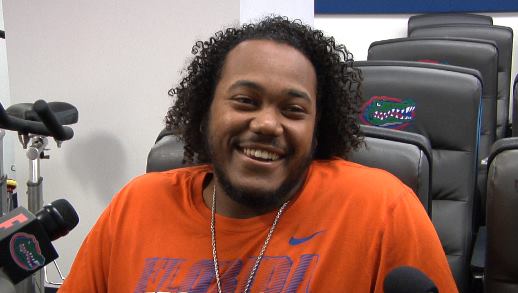 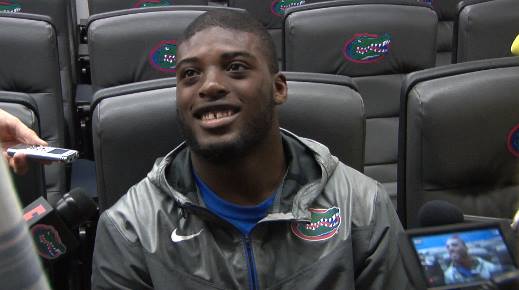 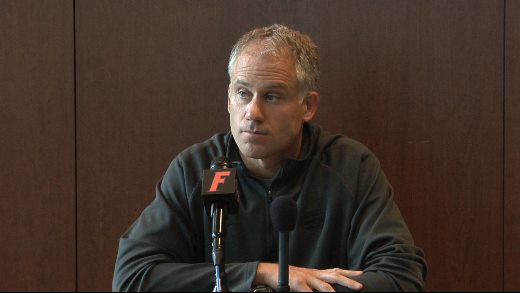 The Florida football team is gearing up to take on SEC East Division rival Tennessee in Knoxville this weekend.  The Gators are coming off a bye week after a tough 42-21 loss to Alabama.  Gator defensive coordinator D.J. Durkin and a few of the players discussed areas the team needs to improve on as well as preparations for the upcoming match up.

Despite Florida’s defense surrendering a program record 672 yards to the Crimson Tide, much of which came from blown coverages, Durkin says the secondary is looking to improve upon mistakes that have been prevalent all season.

“Obviously, we’ve just got to get back to getting our eyes in the right place, back to techniques and fundamentals, which is what we’ve done for this past week and a half through the bye,” Durkin said. “In the back end, the blown coverages and the big plays like that – you can’t survive as a defense when you do that.”

“Tackling, block the feet and eye control, those are the fundamentals for defense. With all the different schemes and positions, it all comes down to that – always. Those are things we’ve continuously done well. Up to this point and last week, there were times we didn’t do it very well; and that’s what we’ve been working on.”

Injury wise, freshman running back Brandon Powell will miss Saturday’s conference game due to a hamstring injury.  Florida will also be without defensive tackle Leon Orr due to a knee injury. Durkin elaborated on the adjustments that have been made, in Orr’s absence.

Meanwhile, Michael Taylor remains questionable but is doubtful (swollen knee). If Taylor is unable to play, there will be a rotation between the linebackers.

“We’ve been inside pretty much going with a four-man rotation with Mike, Antonio, Neiron and Jarrad Davis and it will be a three-man rotation. And Alex Anzalone and Daniel McMillian, they’ll be ready to go to and possibly get some time.”

Some great news is junior offensive lineman D.J. Humphries will finally return to the field. Humphries has missed the last two games after suffering a high ankle sprain in Florida’s season opener. The squad emphasized on how happy they are to have him back.

“I love having D.J. on the field,” offensive lineman Max Garcia said. “Just having his energy really lifts us all up. You can tell when he was out; during practice we just didn’t have that fire that he brings every day. So, I’m really happy he’s back.”

After facing a lot of criticism and negativity, the overall message this week is crystal clear – the Gators are on a mission to redeem themselves.

“It could be anybody, but the fact that this game is Tennessee and an SEC East rival – that just makes us want to win that much more,” sophomore linebacker Jarrad Davis said.

“This game is critical, and I’m ready to go out there and give it my all.”

Florida is in the midst of a nine game winning streak against the Volunteers and are hoping to keep that streak alive on Saturday.  Kickoff is set for noon from Neyland Stadium and you can catch all the pregame action on ESPN 850 WRUF  at 9 a.m.

Basic fundamentals the defense is working on

Max Garcia on Humphries being back