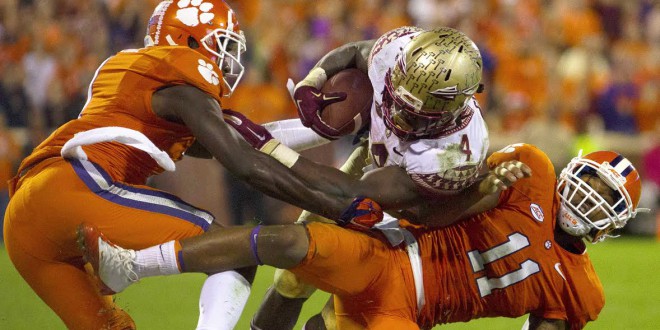 After last week’s 23-13 loss to #1 ranked Clemson, the Seminoles were formally eliminated from the race for 1st place in the ACC’s Atlantic division, and their hopes of making a fourth straight ACC Championship were demolished as well. Florida State Head Coach Jimbo Fisher discussed the loss in detail and talked about how the team would work moving forward. Florida State Quarterback Sean Maguire went 16-29 with 164 yards, 0 TDs and 1 INT in last week’s loss to Clemson. Jimbo Fisher talked about how Maguire had a decent game, but the team as a whole could’ve done a better job to support him. In that game, the Seminoles found themselves going 2-12 on third downs, and scoring their fewest amount of points under Jimbo Fisher since 2011 in canadian pharmacy online best losses to Virginia and Oklahoma. Florida State also failed to score a passing touchdown for the second time this season, the first time since their heartbreaking, last minute loss to Georgia Tech. This coming week, the Seminoles take on the North Carolina State Wolfpack who will be without their leading rusher, Matthew Dayes, who injured his foot in the team’s 56-41 loss to Clemson. Dayes had 865 yards on the season, which put him 3rd in the ACC in rushing yards, as well as a league high 12 rushing touchdowns. FSU Head Coach Jimbo Fisher previewed NC State’s team, including their physicality. Last week, the Wolfpack took down Boston College 24-8 in Chestnut Hill. In the two team’s last five meetings, FSU has won three of those games, including two of the last three. The two teams have faced off against each other 34 times in program history, with FSU winning 23 out of the 34 matchups. NC State’s last win came in 2012, when the Wolfpack took down the 3rd ranked, undefeated Seminoles 17-16, spoiling their so far unbeaten season.