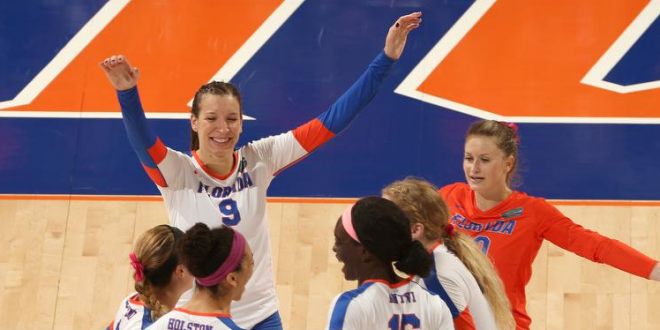 The Florida volleyball team will be in the O’Dome for their final game of the regular season against LIU Brooklyn on Friday. The Gators are coming off a tough lost to Texas A&M that went into a full five sets this past Sunday. Florida went up early two sets to none but the Aggies were able to rally back for the win.

Looking at LIU Brooklyn, they are 14-13 overall for the season this far and 12-2 in Northeast Conference play. As far as SEC matchups for the Blackbirds, LSU was the only SEC team that they faced this season.

LSU was able to defeat LIU Brooklyn sweeping them in three sets. However when the Gators faced LSU this season it was a reversed outcome. The Gators swept the Tigers in their matchup earlier this month.

Florida looks to get their last regular season win this Friday before awaiting their NCAA tournament path which will be released this Sunday during the NCAA Selection Show at 9:00 PM on ESPNU.

Tip off against LIU Brooklyn is set for 3:00 PM. Live coverage of the game can be heard on ESPN Gainesville 95.3.