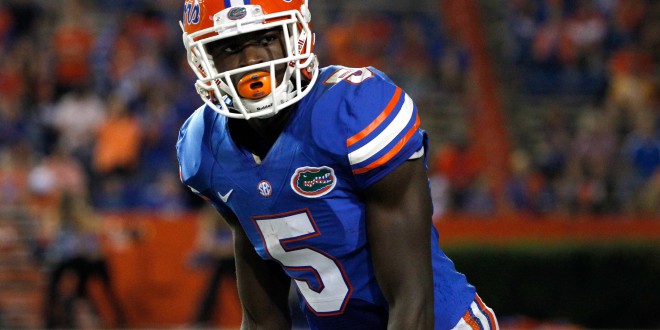 Ahmad Fulwood Looks to Step Up This Season For Gators

This upcoming football season will be wide receiver Ahmad Fulwood’s senior year. The Jacksonville native has not gotten as much playing time as perhaps he thought he would after signing with the Gators, and last year, he only had six receptions for 61 yards and no touchdowns as rising sophomore wide receiver Antonio Callaway started to shine.

However, with new enrollees, and the situation not so clear for the suspended Callaway and Treon Harris, next man up mentality is needed from several teammates and Fulwood could be one who can benefit.

“I’ve always had a little more pressure on me, so coming out here I just want to have a different year than I had last year. I want to be a bigger play maker for the team and have a load on my back,” Fulwood said.

Fulwood and Del Rio also have a relationship that comes from more than just being teammates at Florida. The two of them played against each other in high school, both attending Jacksonville schools. Fulwood, a Bishop Kenny alum recalls the days where their team gave trouble to Del Rio’s Episcopal High School.

This year, Fulwood wants to make sure he’s doing everything right outside of regular practice time as well.

“I practice pretty hard but there’s more off the field with getting a lot more treatment, eating right, living right, doing a little bit after practice and before practice,” he said.

Fulwood wants this year to be different for sure and with the strides he’s making, he could also have a positive influence on the incoming freshman receivers and that could also lead to a productive senior season on the field.