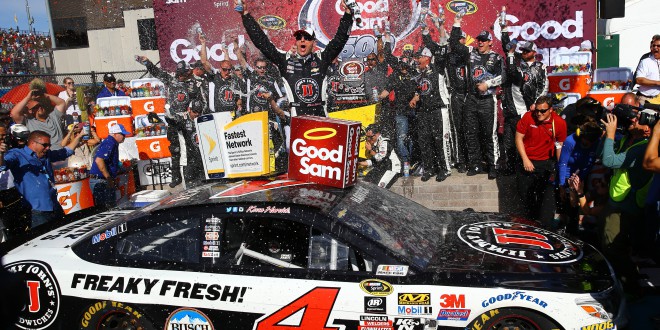 In one of the closest finishes ever, Kevin Harvick edged out Carl Edwards by 0.01 seconds to win the NASCAR Sprint Cup at Phoenix International Raceway on Sunday.

After the race, Harvick said he knew he had to be on defense to beat Edwards for his fifth win in the past six years in Phoenix.

Harvick used a strong a second-half performance to pick up the victory as he led all drivers with 139 laps in the lead. It was not easy, however, as Harvick trailed Edwards coming out of Turn 4. Harvick eventually passed Edwards and while Edwards tried to pass him once again by door-slamming him, it ultimately was not enough.

Harvick is first in the Sprint Cup Standings while Edwards is fifth.