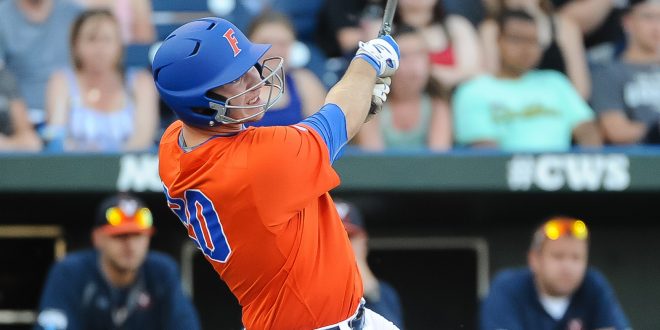 The Florida Gators square off against the LSU Tigers tonight in the second round of the SEC Baseball Tournament at 9 p.m.

Both teams finished their season last weekend against each other in Baton Rouge. LSU took the series winning two of three games against the Gators.

The No. 5 seed Tigers advanced to the second round after knocking off the No. 12 seed Tennessee Volunteers on Tuesday night in a four-run comeback. Gregg Diechmann hit a game-tying home run in the bottom of the ninth before Kramer Robertson singled home for the 5-4 win over the Vols.

Left-hander AJ Puk (2-3, 2.93 ERA) is likely to get the start on the mound for Florida. Puk faced the Tigers last week in Baton Rouge but left the game in the second inning because of a stomach illness.

LSU Head Coach Paul Mainieri says his team didn’t come to Hoover to play one game, they came to play for a championship. The first pitch of tonight’s double elimination matchup is scheduled for 9 p.m and you can hear it on ESPN Gainesville 95. 3 FM with coverage starting at 8:55 p.m.

Hope we’ve got plenty of #Gators in the stands tonight! https://t.co/rD3qFxz1yy