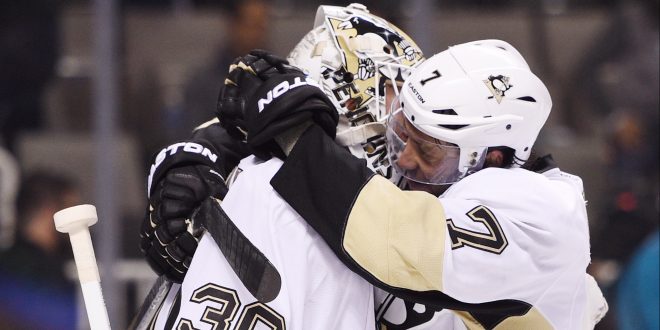 The Pittsburgh Penguins are closer to winning the Stanley Cup after Monday night’s game, defeating the Sharks in Game 4. Penguins are leading the series 3-1.

In the first period, Ian Cole of the Penguins breaks the 0-0 tie and scores his first ever Stanley Cup Playoff goal. He collected the rebound from Phil Kessel’s attempted shot on goal and shot past Shark’s goalie Martin Jones to score.

“I was saving a special one for a special game,” said Cole.

Starting the second period, Sharks’ Marc-Edouard Vlasic gets a penalty for pushing Penguin’s Sidney Crosby into the bench. Evgeni Malkin and Kessel work together to score goal two of the night, when Kessel shoots towards Malkin who is next to the goal – Malkin stops the puck with his feet, gains control and scores.

The third period was tough for the Sharks, with opportunities to score but Penguin’s goalie Matt Murray blocked almost every attempt until Erik Karlsson shoots past Murray for the Shark’s first goal of the night.

Eric Fehr scores the Penguins last goal of the night, throwing a shot over Jones’ shoulder, with 2:02 minutes left on the clock.

The icing on the Game 4 cake. #StanleyCup https://t.co/JsaPONrWZR

Pittsburgh and San Jose will go head to head again Thursday night for Game 5 in Consol Energy Center in Pittsburgh.

Previous Hurricanes to Host Super Regional
Next Kurt Busch Wins in Long Pond, Closes In On Harvick in Points Chase 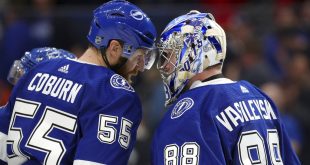