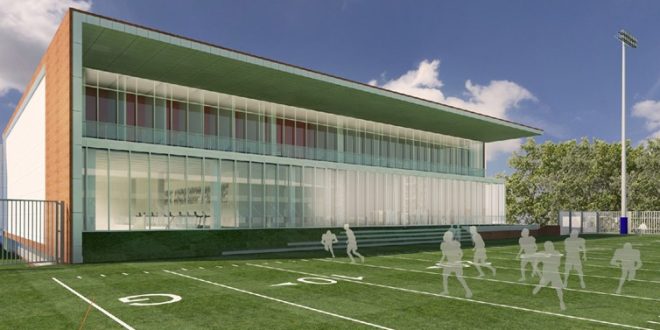 If you think the addition of a new football practice facility or the renovation of the Stephen C. O’Connell Center is something to marvel at, the University Athletic Association says you haven’t seen anything yet.

On Friday, the UAA presented its Board of Directors with a massive $107 million proposal to build and renovate multiple sports facilities. Among the proposals is

a stand-alone football complex adjacent to the current practice field, renovations to the baseball and softball stadiums and a Gator Dining building for student-athletes.

The next step according to Chip Howard, Executive Associate Athletics Director for Internal Affairs, is to seek on-campus approval. Afterwards, the UAA can court bids for the project and select a construction firm. Because the UAA would rely on fundraising efforts, there is no current construction timetable. According to the Gainesville Sun, whether or not all facilities are constructed at the same time depends on the funding.

“The master plan is basically a road map for the future of our facilities,” said Howard, adding the UAA surveyed coaches, trainers, maintenance personnel, nutritionists and other departmental staff before prioritizing this next wave of capital improvements. “We’ve identified needs and developed a plan by engaging user groups, but we’re still in the process of finalizing this plan. There will be some changes, no question, but we have a really good idea where we’re headed.”

Florida President Kent Fuchs hinted earlier this week that current Athletic Director Jeremy Foley would release this plan, and relayed Foley’s desire to boost up several UF programs. The plan comes on the heels of a $64 million O’Dome renovation and the completion of the $17.5 million indoor football facility.

The Heavener Complex, home to the football team’s current offices, will become administrative offices, the Gainesville Sun adds. Though the football team would use the weight room inside the proposed facility, the current one inside Ben Hill Griffin Stadium will also be renovated and become open to all UF student-athletes.

On Wednesday, presumably already having glimpsed this plan, Gator football head coach Jim McElwain said he was fired up over what was coming over the horizon.