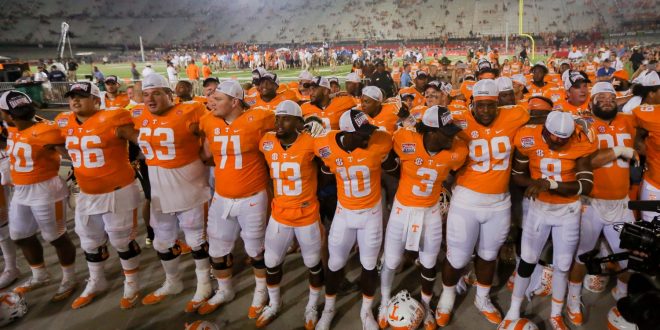 Following the historic “Battle at Bristol”, in which No. 15 Tennessee (2-0) earned a 45-24 win over Virginia Tech in front of 156,990 record-breaking fans, the Volunteers now turn their attention to a home game against the Ohio Bobcats (1-1).

For the Bobcats, this game is an opportunity to beat a ranked opponent for the first time in the program’s 122-year history. For Tennessee, this game is another chance to show why they were a preseason favorite to win the SEC East. Tennessee stumbled in Week 1 this season, narrowly beating Appalachian State 20-13 in overtime. The Volunteers started slow against Virginia Tech as well, finding themselves down 14-0 at the start of the second quarter.

According to Tennessee head coach Butch Jones, the Volunteers have lacked “intensity” and they’ll need to be more consistent for the rest of this season. Despite slow starts in both wins, Jones says he’s excited about the progress his team made—Tennessee’s defense recovered five Hokie fumbles, while the offense scored four touchdowns in five red-zone appearances.

Regardless of Tennessee’s progress, Coach Jones knows the Ohio Bobcats are a capable program that’s averaging over 45 points per game. The Bobcats are fresh off of a 37-21 road victory over Kansas last week.

Kansas may have scored 21 points against Ohio, but the Bobcats controlled the ball for 43 minutes and only allowed 26 rushing yards.

Jones says the Volunteers will need to gain momentum early and focus on finishing strong if they expect to win. Through two games, Tennessee’s offense is ranked 10th overall in the SEC, but Jones likes the way his offensive line has been practicing as of late.

If Tennessee’s offensive line finds a way to remain consistent, the Volunteers will give quarterback Josh Dobbs more time to progress through his reads. Dobbs is completing 54 percent of his passes this season, which is slightly down from his average last year. Meanwhile, Tennessee features a great ground game behind tailback Jalen Hurd, who’s currently ranked fifth in the SEC in total rushing yards.

The game between Ohio and Tennessee kicks off from Neyland Stadium at 12 p.m. on Saturday. 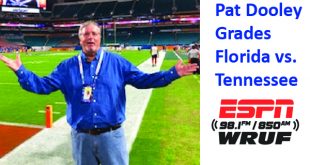