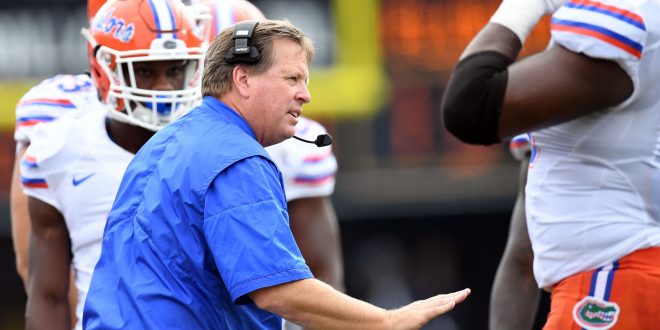 Saturday won’t only mark Florida’s homecoming game vs. Missouri, but the first time the Gators have played since October 1, when they took down Vanderbilt in Nashville, 13-6. Missouri is coming into the game off of a 42-7 loss to LSU. Like UF, Mizzou haven’t played since October 1. The Tigers had their bye week this past week.

Missouri’s Offense: Missouri’s advantages this season have come off of a high-powered offense led by sophomore quarterback Drew Lock and junior wide receiver J’Mon Moore. The Tigers average 508.6 yards per game, good enough to rank 2nd in the SEC in total offensive yards. Missouri also ranks 1st in the SEC in passing offense, averaging 350.6 yards per game in the air. Mizzou’s rushing attack is fourth to last in the SEC averaging only 158.0 rushing yards per game. The Tigers use a running back by committee approach, with no one player sticking out above the others. As a team, Missouri averages 37.0 points per game.

Florida’s Offense: The Gators’ offense has struggled this season, producing only 407.2 yards per game, ranking 9th in the Southeastern Conference. Florida’s passing offense is surprisingly ranked 6th in the SEC with 246.4 passing yards per game, but their rushing attack, led by Jordan Scarlett, Jordan Cronkrite, Mark Thompson and Lamical Perine has only produced 160.8 rushing yards per game. That mark ranks at 10th in the SEC. In their last game vs. Vanderbilt, the Gators ran for only 92 yards on 35 carries (2.6 YPC). As a team, UF averages 28.4 points per game. Florida will also welcome back Luke Del Rio this week, who missed the Gators’ past two games vs. Tennessee and Vanderbilt due to an MCL sprain.

Florida’s Defense: The Gators’ defense is their bread and butter. Florida is currently giving up an average of 230.4 yards per game (2nd in the country) and allowing 11.6 points per game (3rd in the country).  In the air, the Gators give up 139.8 yards per game and only 90.6 yards per game on the ground. Florida ranks 2nd in the SEC with 19 total sacks and are tied 1st in picks with 8 total interceptions. The Gators’ one woe on defense is their recent injury trouble. Jordan Sherit and Joey Ivie have both been declared out, while Caleb Brantley only partially practiced on Wednesday. We’ll have updates on every Florida football injury around the clock on ESPN Gainesville 95.3 FM.

Shout-out to our Halftime Heroes.

Broadcast Information: Saturday’s game kicks off at 4 p.m. at Ben Hill Griffin Stadium. You can catch the game on the SEC Network with Brent Musburger, Jesse Palmer and Kaylee Hartung on the call. You can also listen to the game as usual on the Gator IMG Sports Network with Mick Hubert, Lee McGriff and Brady Ackerman on the call.