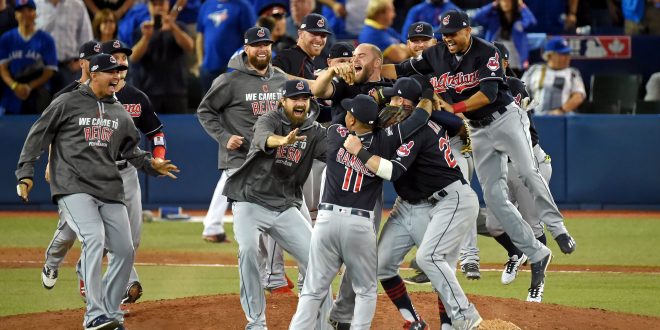 Another Title for The Land?

When it comes to droughts, the Cleveland Indians are no stranger. It has been 68 years since the Tribe have claimed a World Series championship. In nearly seven decades, it has been tough for Cleveland fans.

Six years after their second World Series victory, the Indians entered the Fall Classic with a franchise record 111 wins. However, the last four victories proved to be the most difficult. The underdog New York Giants shocked the baseball world and swept the Tribe in four games. The series was highlighted by Willie Mays incredible over-the-shoulder catch in Game 1, now known simply as The Catch.

In their first World Series appearance since 1954, the Indians again boasted a triple digit win record. None of that would matter to the Atlanta Braves though. In six games, the Braves defeated Cleveland in the 1995 World Series.

Two years later came the toughest World Series loss of them all. Up 2-1 in the ninth inning of Game 7, the Indians blew the save and proceeded to lose to the upstart Florida Marlins on a walk off single in the 11th inning. It was the greatest victory in Marlins history and another agonizing loss for Cleveland.

10 years later, the Indians would yet again crack under the pressure. Up 3-1 against the Boston Red Sox in the American League Championship Series, they lost three straight games to lose the pennant. This would be their deepest postseason run in the 21st century until 2016.

This season, the Cleveland Indians won the American League Central division by eight games for their eighth division title in franchise history. It was quite an improvement for Cleveland after finishing 13.5 games behind first place last season.

Their 94 wins this year were the seventh most ever in Cleveland history. From a historical perspective this is the first time since 1921 that the Tribe have registered this particular amount of wins. Their 94-67 record was good enough for second best in all of the American League.

After seizing first place on June 4th, the Indians never looked back. Once the “Cleveland Curse” was broken with the Cavaliers’ first NBA championship on June 19th, the door began to open for the red hot Indians. From June 17th to July 1st, they ripped off an MLB-best 14-game winning streak. By then, their division lead was up to seven games and there was no looking back from there.

Once the Indians solidified the bullpen with the acquisition of southpaw Andrew Miller on July 31st, it was game over for anyone trying to snatch the division crown from them. Manager Terry Francona’s superb use of Andrew Miller in early innings has been huge to the Indians’ success.

As opposed to entering in the eighth or ninth inning of a game like most relievers, Miller comes in when the game is on the line. According to Francona, that could be in the sixth inning and even as early as the fifth inning. As unorthodox as it seems, it has worked.

For Cleveland to attain the success they have had, it had to be a team effort. Below are the players who have led the Indians in some crucial statistical categories during the duration of the 2016 regular season.

As October descended on Cleveland, Progressive Field was rocking as the Indians played host to the Boston Red Sox in the American League Division Series. Trailing just ONCE in the entire series, the Indians made quick work of the Sox and swept them in three games. Terry Francona was able to stick it to his former team while Cleveland exorcised their demons from the 2007 collapse against Boston.

In the American League Championship Series, the Indians were tasked with the Toronto Blue Jays. The Jays had just swept the Texas Rangers and were playing in their second consecutive ALCS. None of that would matter to the Indians, however, as they eliminated the Blue Jays in five games to clinch their first World Series berth since 1997.

Andrew Miller played out of his mind in the first two rounds. In six total appearances, Miller allowed just five hits, walked two, and struck out 21 hitters while maintaining a perfect 0.00 ERA and a 0.60 WHIP in 11.2 innings pitched. He recorded a win in Game 1 of the ALDS and a four-out save in Game 3 of the ALCS. Miller’s ALCS performance (Striking out 14 of 26 hitters faced with one save and no runs allowed) was enough to earn him MVP honors.

Playing in their sixth World Series, the Cleveland Indians have a chance to send their city into a frenzy yet again after the pandemonium of the Cavaliers’ championship. With the American League’s victory in the All Star Game, the Indians will have the crucial home field advantage for the series. As Andrew Miller puts it, the atmosphere will be a lot of fun.

Cleveland’s opponent, the Chicago Cubs (103-58), know all about droughts as well. The Cubs’ last World Series title came in 1908 and this is their first appearance in the Fall Classic since 1945. This will be the first meeting between both squads all season.

Tomorrow, the World Series returns to Cleveland for the first time since 1997. First pitch is at 8 p.m. It can be seen on FOX.

@Gonzo5182
Previous Luke Del Rio Returning to a Familiar Setting
Next NBA Preview: The Orlando Magic Rebuild is Coming to an End 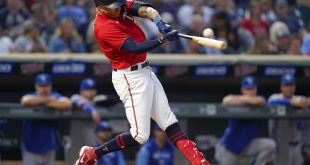 At the very least, Carlos Correa’s free agency saga resulted in a historical footnote: the …