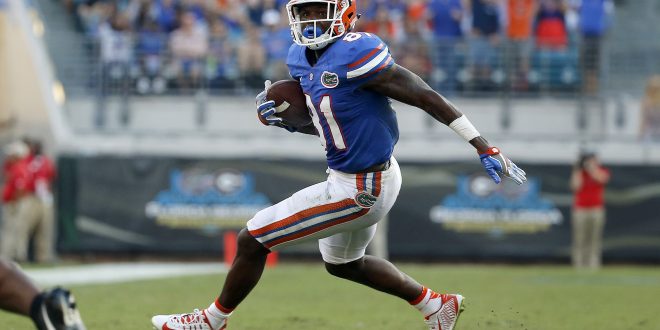 No.10 Florida Ready for Road Game Against Arkansas

Rust isn’t an easy substance to take off. It takes time, using different methods to slowly remove the orange film from an antique possession.

The Florida Gators and Arkansas Razorbacks have both had trouble shaking off the thick, grimy rust that stems from spotty and tiresome schedules.

For the tenth-ranked Gators, quarterback Luke Del Rio and the offense found two games in four weeks hard to maintain momentum against Georgia. For Arkansas, their first true road test in five weeks led to an embarrassing 56-3 loss to a strong Auburn team.

Both teams can’t be content with where they are. Florida, of course, has the benefit of getting the win last week against Georgia. The Gator defense allowed a meager 164 yards of total offense on an average of 3.2 yards per play. After a 75-yard second quarter drive that ended in a Bulldogs touchdown, Florida tightened its defensive adjustments, granting just 84 yards after that point.

But while the defense looked aggressive and active, the offense sputtered at times. Del Rio passed for only 131 yards, his lowest yardage in a Gator uniform. At times, it looked as though his vision was unclear. He missed open receivers and threw into some bad coverage sets.

The run game didn’t do much to help, either. Already stripped of rotational running backs Mark Thompson and Jordan Cronkrite because of team misconduct, the duo of sophomore Jordan Scarlett and Lamical Perine found it hard to get anything going on the ground.

With Cronkrite and Thompson back on the active roster, the four-back system should get things back in action on the ground. As for the passing issues, Del Rio knows that it all starts with him making plays.

Florida having to lean heavily on its defense is dangerous territory, and this week can be a very big test for their ability to stop the pass. Razorback quarterback Austin Allen is tied for most passing touchdowns in the SEC at 18, and is third in passing yards (2048).

With receivers like Jared Cornelius, Keon Hatcher, and Drew Morgan, all in the top-15 for receiving yards in the SEC, the offensive attack that Allen can throw the Gators way is nothing like they’ve seen before this year.

Razorback running back Rawleigh Williams III has the fourth-most yards in the SEC (807). The balanced attack could bring problems to the Gator front seven.

That said, none of that was showcased last week against Auburn. The Hogs could only muster 68 yards rushing. And the largest drive they could come up with was a 40-yard march in the third quarter that ended in an interception.

Tomorrow, the Arkansas offense won’t face a weaker defense by any measure. With key defensive linemen such as Bryan Cox Jr., Joey Ivie and Jordan Sherit continuing to improve their health and get back into the form, an already stout Florida defense can continue to get stronger.

Cox Jr. isn’t taking Arkansas’ lost last week as an indication of their performance come Saturday. He knows that teams can change within a matter of days.

As things wind down during the final quarter of the season, wins are becoming ever so precious. A win for Florida increases their chances of vaulting themselves into the SEC Championship. An Arkansas win would give them their first victory over the Gators in 34 years.

But looking ahead does nothing but muddle the present. Florida coach Jim McElwain knows that only the present matchup matters now. Tomorrow can help the team identify where exactly it sits among other football powerhouses. 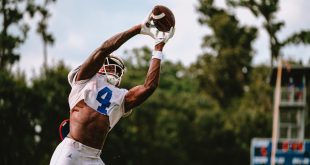 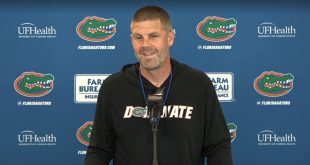 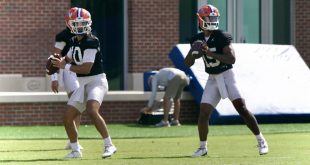