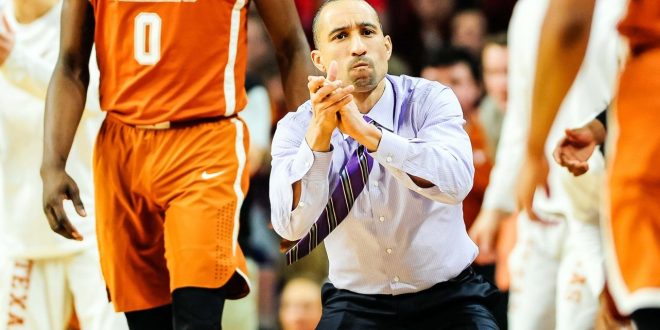 The SEC-Big 12 Challenge has been quite one-sided as the Big 12 is 3-0 since it began in the 2013-14 season. The ten Big 12 teams will go head-to-head against ten of the 14 SEC teams, where half of the games will be hosted by the Big 12 and the other half by the SEC. The matchup that may decide which conference comes away on top this year is Texas against Georgia.

In the past, these two teams have had interesting matchups. Since there are only 10 out of the 14 teams in the SEC that get chosen to participate each year, Georgia has been left out two out of the three past years, but did get chosen to play last year against Baylor. They lost to the Bears 83-73 putting them at 0-1 in the past three years. On the other hand, the Texas Longhorns are 2-1 in the last three years defeating Vanderbilt in both their victories and losing to Kentucky in their lone loss.

As some Gator fans may know, Texas is coached by previous Florida assistant, Shaka Smart. Smart was an assistant coach for the Gators in the 2008-09 season when the Gators went 25-11 and lost in the quarterfinals of the NIT (National Invitational Tournament) to the Penn State Nittany Lions. Smart then went on to be the head coach at VCU (Virginia Commonwealth University). He led the Rams to seven spectacular seasons including a CBI Championship and a Final Four appearance. When asked if it was a good time to catch Georgia since they’re coming off of a two game losing streak, Smart responded by saying it’s not about the Bulldogs, but more about playing the best that they can.

Although Smart had a lot of success at VCU, he hasn’t had that same success at Texas thus far. The Longhorns are 1-5 in their last six games with an overall record of 8-12. They are eighth out of 10 teams in the Big 12 and 2-6 in conference play. Texas averages 70.2 points a game and is allowing around 69 points a game.

They will face a tough Georgia Bulldogs team who is 3-3 in their last six games with an overall record of 12-8. They fall right in the middle of the pack in the SEC as the seventh best team going 4-4 in conference play. The Bulldogs are averaging 72.6 points a game and are allowing around 68 points a game.

Players to look out for

The Longhorns have four players that average double-digits in scoring including Tevin Mack, Jarrett Allen, Andrew Jones, and  Kerwin Roach Jr. Jarrett Allen also averages about nine rebounds a game, and is coming off back to back double-double games against Kansas (22 points 19 rebounds) and Oklahoma (10 points 12 rebounds).

The Bulldogs have two players that average double-digits in scoring. 6′ 8″ junior, Yante Maten is their big scorer averaging 19.8 points a game and 7.8 boards. He is helped out by senior guard J.J Frazier who is averaging 15.6 points a game.

Tune into ESPN at 4 p.m. to check out this battle between two well-coached teams.