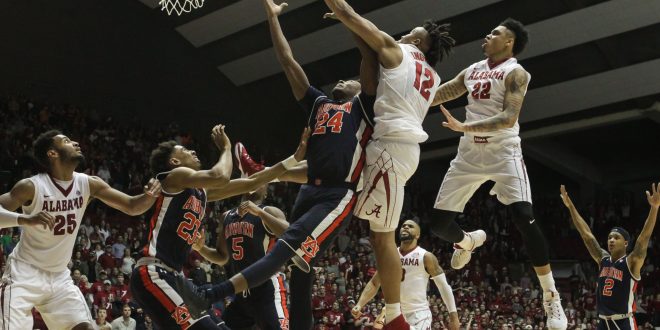 The South Carolina Gamecocks (19-4) are looking to extend their win streak when they host the Alabama Crimson Tide (13-9) Tuesday.

At 9-1, #Gamecocks are currently in first place in the SEC! pic.twitter.com/yYIZNXBn9C

South Carolina is on fire right now. The Gamecocks are on a four-game win streak and leading the SEC. Gamecocks head coach Frank Martin says his team is in a good position to finish off the season strong. However, Martin is staying humble.

The team was in a similar position last year but did not have the strong end to the season like they had hoped. A disappointing end that puts this year’s returning players in the position to understand and embrace what the second half of the season will bring.

Martin says Alabama is one of those teams that is really good but no one gives credit to.

The Tide are looking to bounce back from back-to-back losses first at Arkansas then again at home against instate rival Auburn. Alabama will face one of its biggest challenges yet when it faces SEC’s top-ranked South Carolina.

To have a chance against the Gamecocks, Head Coach Avery Johnson says, Alabama will have to avoid turnovers because the Gamecocks will take those turnovers and turn them into points.

Although Alabama is coming off of back-to-back losses, coach Johnson says his team has been resilient all season. He hopes their resilience and a good practice today will give Alabama a chance to win against a really good team.

Tip-off is set for 6:30 p.m. in Columbia, South Carolina. You can tune into SEC network for live coverage.