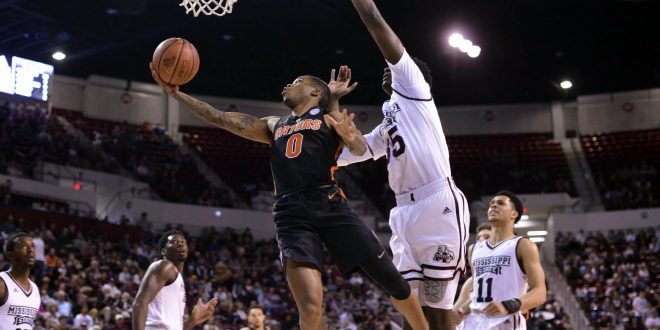 The Florida Gators men’s basketball team is looking to extend its win streak to nine when they host South Carolina on Tuesday. The Gators are coming off of a 57-52 win over Mississippi sate.

While South Carolina seems to be in a mid-season slump losing back-to-back games last week.

Carolina Started off the season strong dominating the SEC, beating almost every team, including Florida.

However, a home loss to Alabama seems to have changed this teams momentum. The Gamecocks barely beat Mississippi state on the road. Took another home loss to Arkansas and fell to Vanderbilt Saturday 71-62.

Head coach Frank Martin said every team experiences a slump. He said it would not be normal if a team went through an entire season without experiencing one.

The Gators are on an eight-game win streak and have no intentions of letting that go. Florida started off the season strong but back-to-back losses, first to Carolina then Vanderbilt looks to have kicked the Gators into full gear. Florida currently sits atop the SEC standings with Kentucky, a team they dominated at home.

WATCH: @GatorsMBK head coach @MikeWhiteUF on how his team needs to perform against South Carolina to get the win. https://t.co/hLnllBivMJ pic.twitter.com/flg8SiJB8S

This will be a game to watch. With Florida playing just as well as any other top team they will be fighting strong to not let this momentum go. Florida is also looking to bounce back from their loss against Carolina earlier this season.

While Carolina is looking to prove themselves again. The Gamecocks will come into Tuesday’s game fighting and take down a team who seems to be unstoppable.

Tip-off is set for 7 p.m and you can catch it all on ESPN.