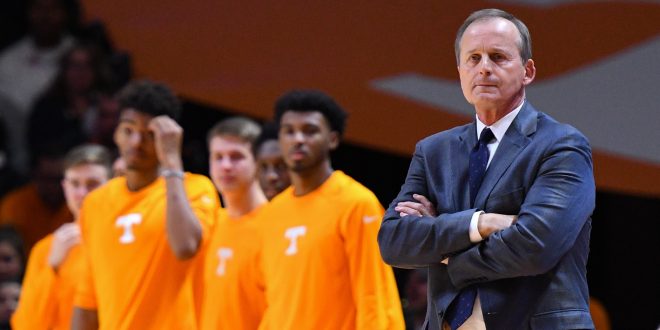 The Vanderbilt Commodores go on the road tonight to play the Tennessee Volunteers in another SEC showdown. Tennessee is looking to win at home again after beating Missouri at home 90 to 70 last time out. Vanderbilt is currently on a two game winning streak. Tennessee and Vanderbilt are tied in the SEC, with identical records of seven and seven.

In a recent interview, Vanderbilt’s coach Drew not only talked about how they have prepared for the road game but how this time will be different from the first time they played Tennessee. Coach Drew believes this game is not only important for the conference standings, but for the potential postseason.

Coach Rick Barnes of Tennessee also talked about what his team needs to do to end the regular season, and how they are looking to improve.

Coach Drew visiting with the media before our trip to Knoxville. #AnchorDown pic.twitter.com/5my65kAWDo

In their first matchup, Grant Williams and Robert Hubbs both scored 12 points while Jordan Bone scored 23 which contributed to their win against Vanderbilt. The leading scorer in that game for Vanderbilt was Luke Kornet with 18 points, while Jeff Roberson and Mathew Fisher-Davis had 12 points.

Mathew Fisher-Davis is the leading scorer for Vanderbilt this season with 15.3 points per game, followed by Luke Kornet with 13.3 points per game.  Robert Hubbs III and Grant Williams are the top scorers for Tennessee, and recently Admiral Schofield has been key for the Vols after scoring 17 points from the bench in his last two games.