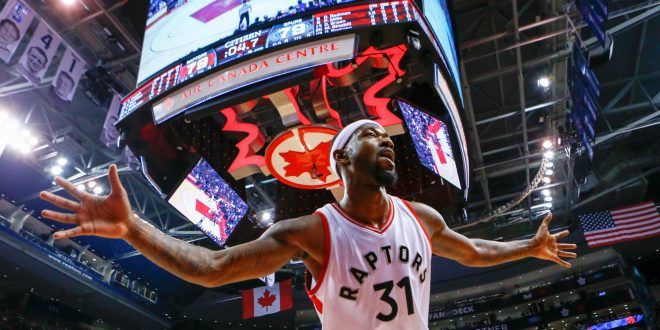 Terrence Ross has finally taken the court with the Orlando Magic. After being traded from Toronto, Ross has had to wait until after the NBA All-Star break to participate in any activities with his new team.

The Orlando Magic acquired Terrence Ross through a trade with the Toronto Raptors. The Magic gave up forward Serge Ibaka in exchange for a 2017 first-round pick, as well as Ross. Ross had been taking a backseat role in Toronto, where he did not get to start consistently, playing behind DeMar DeRozan and Kyle Lowry. Ross should see much more consistent play with the Magic.

Toronto thank you for all the memories, thanks to the amazing fans. Couldn't of been drafted to a better city. Thanks to to my team. All luv

Finally on the Court

Ross was finally able to take the court with his new team on Tuesday. Although he was acquired on February 14th, he could not participate with the Magic until Serge Ibaka passed his physical in Toronto. The Magic held their first practice coming off the All-Star break yesterday, and that was when Ross could play with his new team.

The Magic have a few options to play around with when it comes to how to utilize Ross. While the team is young at its core, Ross could provide the spark the team needs to give their season an upswing. Ross has a wide range of shooting capabilities and should definitely be an asset to the Magic’s offense.

Ross should appear in his first game with the Orlando Magic this Thursday. The Magic will take on the Portland Trail Blazers.

Born and raised at the ballpark! Typically quiet- until it comes to sports. I'm a South Florida native with a passion for baseball nearly as strong as my faith. Grew up in garnet + gold, turned out sporting orange + blue. Likely to be found with a camera. And yes, I take food pictures.
@victoriarossman
Previous SEC Hoops Preview: Tennessee and Vandy Continue In-State Rivalry
Next ESPN’s Sean Farnham a Big Believer in SEC Hoops Teams Heading Into March