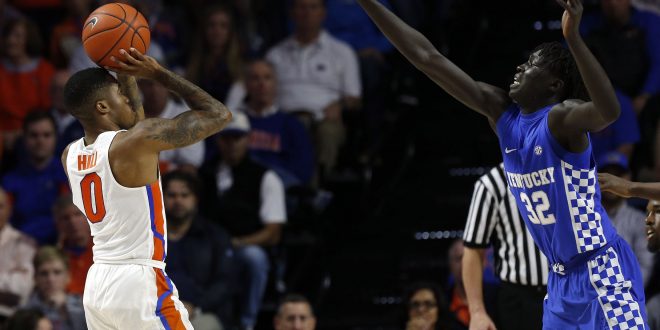 No. 13 Florida Looking For First Regular Season Sweep of Kentucky Since 2014

After a mid-season crisis, the Kentucky Wildcats have won five straight games since a lopsided 88-66 away loss to the then No. 24 Florida Gators. Florida is on a win streak of their own, having won nine straight games coming into Saturday’s contest at Rupp Arena. Despite the Gators winning the first match-up between the two teams, the winner of this weekend’s game will hold the number one spot in the SEC come Sunday. Florida has only won one of its last nine games in Lexington, but are looking for a win to solidify their spot as a #3 seed. Another blowout could even give them potential to bump themselves up to a #2 seed.

The easiest award to project in the next few weeks? SEC Coach of the Year. Florida's Mike White is an absolute lock. Gators are rolling.

On offense, Kentucky hasn’t hit their average points per game (88.2 PPG) since their 92-85 win over LSU on February 7. They’ve scored 83 points or fewer in their past four games. Florida head coach Mike White praised Kentucky as one of the best teams in the nation on Friday.

Despite the low offensive totals as of lately, the Wildcats’ stud freshman have still all found ways to contribute at least something. De’Aaron Fox has scored at least 13 points and notched at least four assists in each of Kentucky’s past three games. In that stretch, Bam Adebayo is averaging 14 points and 11.7 rebounds per game, while Malik Monk is shooting 86.7% from the charity stripe and still doesn’t have a game this season in single-digit scoring. Mike White talked about how it must be a team effort, along with Kevarrius Hayes, to stop Adebayo and the Wildcats.

Adebayo ranks second in the SEC in field-goal percentage, knocking down 60.7% of his shots from the floor this season, and is fourth in the league in rebounds per game (7.4). Monk is first in the conference in scoring, recording 21.1 points per game, while shooting 40.9% from three-point range. De’Aaron fox leads Southeastern Conference in assists, finishing with 5.3 dimes per contest.

Filling In The Gaps

Recently, Kentucky’s top scorers haven’t posted the same elite numbers that they did earlier in the season, but role players are stepping up in every game. Against Tennessee, it was Derek Willis, who finished with 16 points, going 4-7 from beyond the arc. Versus  Georgia, it was Willis again, notching 7 points, 12 rebounds and 1 steal, while shooting 3-3 from the floor. Four games ago, against the Crimson Tide, Isaiah Briscoe ended the contest with 11 points, 11 rebounds and four assists.

The Gators are now ranked 46th in both points per game and points allowed per game. If you take out the anomaly in the Auburn game, Florida is allowing only 58.9 points per game in seven of their past eight games. Even if you take out the offensive side of the Auburn game, in which the Gators scored 114 points, UF is still averaging 78 points per game in that same span as the points allowed per game stat above. In the past six games, a different player has led Florida in scoring each contest. Last game, it was KeVaughn Allen’s 26 points, along with his 7 rebounds, that led the Gators to an 81-66 victory over the South Carolina Gamecocks. Coach White discussed KeVaughn’s attack on the boards and how it led to offense at Friday’s press conference. He also talked about Florida’s focus on the Kentucky game, not a regular season championship.

After their win on Tuesday vs. South Carolina, Florida has officially secured the No. 4 seed or higher in the SEC Tournament. That means they’ll at least have a double-bye, with their first game coming in the quarterfinals.

Mike White said on Friday that Canyon Barry isn’t 100%, but should be a go for Saturday’s game. He added the same information about Keith Stone and his vertigo. Gorjok Gak will be inactive and is still going through rehab to deal with pain tolerance in his injured foot.

Saturday afternoon’s game tips-off at 2 p.m. and can be seen on CBS with Brad Nessler and Jim Spanarkel on the call. You can listen to the game, as always, on the Gator IMG Sports Network with Mick Hubert and Bill Koss on the call. 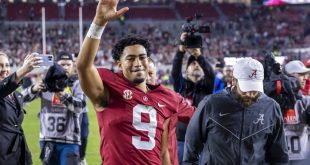