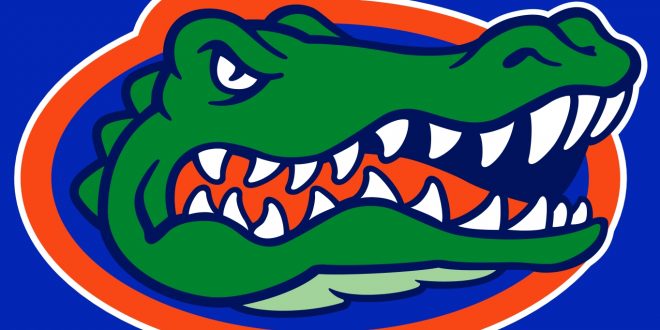 GAINESVILLE, FL – On Tuesday morning, the Gator Indoor Practice Facility was filled with representatives from every NFL team who gathered around the field to watch 21 seniors attempt to make a lasting impression three weeks before the NFL Draft. The Gators participated in a variety of drills including the vertical jump and 40 yard dash, pushing to impress NFL scouts. One player who really stood out has stood out all season. Senior linebacker Jarrad Davis is fully recovered from an injury that affected him last season. In his vertical jump, Davis nearly jumped out of the IPF, reaching 38.5 inches. Davis said his 40 yard dash time was the best he has ever run, and believes his injury is no longer affecting his performance.

Defensive back Marcus Maye also had a successful day at Pro Day. Florida coach Jim McElwain believes the decision made by Maye and Davis to stay for their senior season is going to really improve their draft stock this year. One player who did not have the most successful day is corner Jalen Tabor; however do not think this affected his confidence in any way. After running a 4.7 twice at Pro Day and running the same time at the NFL combine, many have deemed Tabor as being too slow to play in the league. However, Tabor says all you have to do is press play on his tapes to realize he is ready to be an NFL corner.

Whether the Gators performed great at Pro Day or if their day did not meet their expectations, all 21 of them agreed during interviews that making it to the NFL would be a dream come true. Earlier on Tuesday morning, defensive lineman Caleb Brantley tweeted out a picture of him as a baby holding a football; after Pro Day he commented on the tweet saying he can’t believe his entire life has led up to this point. Brantley believes Pro Day was successful for him and says he especially enjoyed performing in the comfort of Gainesville with his teammates by his side.

Quincy Wilson did not participate much in Pro Day. Wilson was happy with his 40 yard dash time and vertical leap at the NFL Combine, and only participated in position drills. He was seen most of the day cheering on his teammates with NFL coaches right behind him, showcasing his supportive nature around his team. Wilson is expected to be a first round draft pick in this year’s NFL Draft. After Pro Day, Wilson said being one of the top 32 guys in the draft would be a dream come true.

One day doesn’t necessarily make or break things for these athletes, but there is little doubt that some of the performances by Florida players at Pro Day will help their draft status in a few short weeks.

@@ashlynrsullivan
Previous Gators Own Rivalry, Beat Seminoles Again On The Baseball Diamond
Next UCF Falls to TCU in the NIT