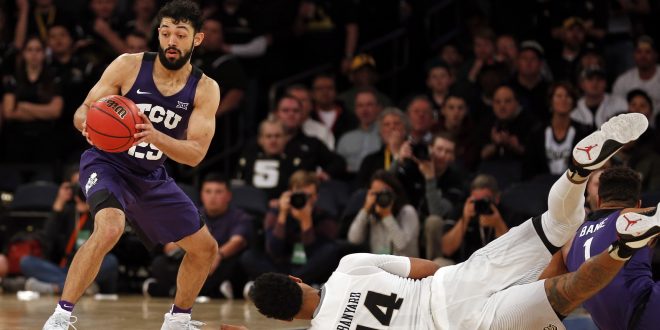 UCF Falls to TCU in the NIT

The Knight’s NIT run has come to a close after a loss to Texas Christian 68-53 in The Garden. The loss hit hard.

Texas earned its sixth win in their last seven games against the Knights, bringing them to a 23-15 record. The Knights came prepared to win led by a one of college basketball’s most remarkable players, Tacko Fall. Fall stands tall at 7 feet 6 inches, the tallest of any player in college basketball.

Texas Christian was able to counter Fall thanks to forward Vladimir Brodziansky. Brodziansky had 18 points and nine rebounds, more than Fall. He also seemed to control Fall well on the defensive side of the ball. Brodziansky played fast, and focusing on offensive penetration in the second half is what won this one for the Horned Frogs. Also add Kenrich Williams to that list, 14 rebounds deserves some recognition.

Known for being a second half team, that seemed to be a non-existent quality this game. The Knights went into half time trailing Texas 31-29. TCU then came back out with a double digit lead at the beginning of the second half. Coach Johnny Dawkins says it wasn’t their best night.

This team was also hurt when Tacko Fall fouled out before the final two minutes of the game, when they needed him the most. The team itself had six fouls in addition to that. Matt Williams lead the Knights as best he could, with 15 points on the day. But TCU’s defense seemed to be too much for Williams and he was able to see that.

Regardless of losing, the Knights should be proud to have made it to the post-season. It’s their first time in five years. Head coach Johnny Dawkins is happy to have come this far. Ending 24-12 on the season, the Knights look to next season and hope to see The Garden again.

The future is bright! #ChargeOn pic.twitter.com/ixsa4vtvHN 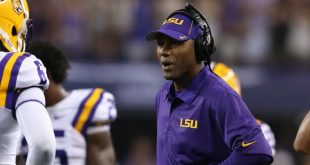