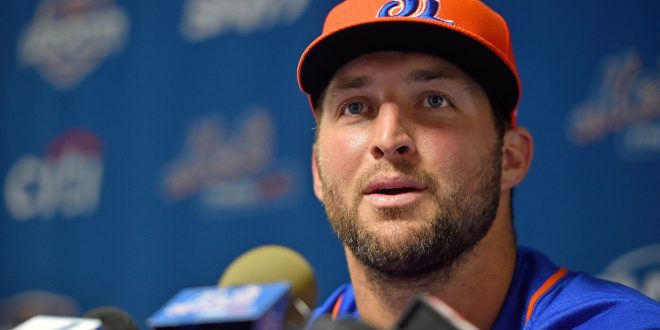 Tebow Set To Make His Debut in Port St. Lucie

Former quarterback and Heisman Trophy winner Tim Tebow has been promoted to a New York Mets affiliate in the Class A Florida State League. Tebow is expected to make his debut on Tuesday night with the team.

The team is off today but its newest member stopped by to get outfitted! Welcome @TimTebow! #STLMets pic.twitter.com/BH3zn3bZz7

Before the promotion, Tebow was only hitting .222 in the Low-A.

He logged more than 200 at-bats and posted a .648 OPS. Pretty decent number for somebody who was away from the game for 11 years. He also had a .879 fielding percentage and totaled 14 doubles, three home runs and 22 RBIs.

Another factor in the promotion, Tebow has shown a strong work ethic and been a good example to younger players.

Tebow is just three steps away from the big leagues, but first he will need to make the Mets feel confident to be considered for the Binghamton Rumble Ponies in the Double-A Eastern League in August.

The Mets will host the Palm Beach Cardinals on Tuesday at 6:30 p.m.

Previous A Look Back at the First Ever NBA Awards
Next Florida and LSU Fans Bringing SEC Buzz to Omaha, College World Series