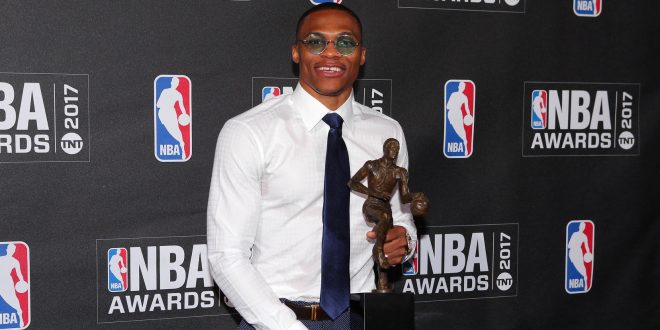 A Look Back at the First Ever NBA Awards

Just days after New York City hosted the 2017 NBA Draft, the city welcomed in current players of the NBA. The 2016-2017 season has come to an end, which means the players traded their sneakers and jerseys for red carpet attire. NBA fans, players, and coaches waited to hear the recipients of the regular season category winners.

Monday night capped off the inaugural NBA Awards. It was filled with many firsts, however, the anticipation remained the same. The long-awaited and most prestigious award of the season was finally announced, The Most Valuable Player.

The Most Valuable Player On Monday night, it became official that the hype was accurate all season long.

Russell Westbrook was crowned the 2017 NBA Most Valuable Player.

The Oklahoma City Thunder Point Guard capped off his season by adding the much-anticipated hardware to his triple-double season average. There were debates throughout the season on whether or not Westbrook deserved to be crowned MVP. Monday night’s hardware and acceptance speech put the arguments to rest.

Westbrook averaged a triple-double and beat out the rest. James Harden and Kawhi Leonard were the finalists up for this award.

Defensive Player of the Year: Draymond Green of the Golden State Warriors. Green averaged 2.03 steals per game which led the NBA. The other finalists up for this award was Rudy Gobert of the Utah Jazz and Kawhi Leonard of the San Antonio Spurs.

Coach of the Year: Mike D’Antoni of the Houston Rockets. The other finalists up for this award was Gregg Popovich of the San Antonio Spurs and Erik Spoelstra of the Miami Heat. The season and the season’s awards may be over with, but does the NBA season really end?

This offseason will be filled with talk about the recent draft class and how their respective teams will utilize them next season. Along with scoping out the rookies, there are a lot of veteran players soon to enter the free agent frenzy. Players are opting out of contracts and soon we could see a lot of roster shake-ups for next season.

A senior at the University of Florida reporting on Gator sports, local Gainesville and surrounding area sports, and telling the stories of local athletes. Born and raised in Gainesville, Florida with a passion for telling people's stories and having fun doing it.
@SportsDarwinism
Previous College World Series: Singer’s Stellar Outing Leads Gators to 4-3 Win in Game 1 of Finals
Next Tebow Set To Make His Debut in Port St. Lucie 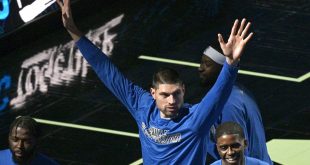 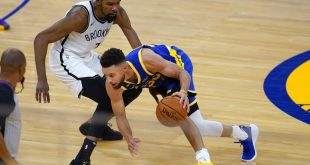 The NBA officially announced Thursday that the All-Star Game will be held on March 7th. …