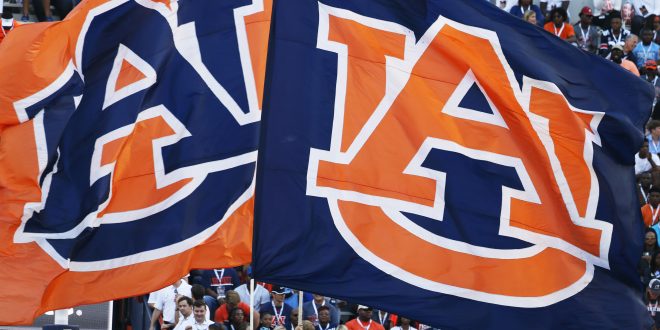 The No. 10 Auburn Tigers will host the top-ranked Georgia Bulldogs in a highly anticipated game on Saturday. The Tigers will look to upset Georgia in front of a home crowd in hopes of moving up in rankings. On the other hand, the Bulldogs will look to come out victorious and remain in the top spot.

Many people were skeptical about Georgia’s “run first, throw second” mentality and how far that would carry the team. However, their run game has been a key role in what has propelled them into the number one spot.

The Bulldogs have multiple options to choose from between two senior running backs Nick Chubb and Sony Michel. Together, the dynamic duo has a total of 1,577 rushing yards and 18 touchdowns for the season. This two-headed attack has the Bulldogs’ rushing offense ranked eighth in the nation.

With that being said, let’s not overlook Auburn’s offense. Quarterback Jarrett Stidham has been one of Auburn’s key factors. Auburn Head Coach Gus Malzahn said experience has helped Stidham become more comfortable with the offense.

This season, the sophomore has completed 147 passes on 220 attempts for a total of 1,996 yards. Stidham is also pretty shifty too. Georgia Head Coach Kirby Smart said Stidham is an athletic quarterback who can also run the ball.

Auburn running back Kerryon Johnson is another game changer who could make Saturday’s match up a battle on the ground.
Johnson has been doing a lot of heavy lifting for the team. This season, he has rushed for 868 yards on 166 carries for a team-high 15 touchdowns.

Coach Smart says his team knows what Johnson is capable of. More importantly, Johnson single-handedly has more touchdowns than all of Auburn’s receivers, who have scored 13 touchdowns this season.

What better way to describe Georgia’s defense than a wall? The well-equipped Bulldog defense has gotten it done this season, holding teams to 165.2 passing yards and 89 rushing yards a game. Malzahn said even with a player as good as Lorenzo Carter, his team cannot focus solely on one guy. Once you do, another guy will step up and hurt you just as bad.

Malzahn also said facing a defense as good as Georgia’s will be tough.

However, the Auburn defense could also pose a test for Georgia. Coach Smart said this Auburn defense will be the best the team has played thus far. In terms of numbers, both teams are fairly even. The Tigers are allowing 16.9 points a game while the Bulldogs allow 11.7.

Will Georgia hold on to the number one spot? Or will Auburn upset a team that has completely turned things around from last year? According to ESPN, Auburn has a 51.4% chance to win over the top ranked Georgia Bulldogs. Tune in on Saturday to find out. Kick off is at 3:30 on CBS.