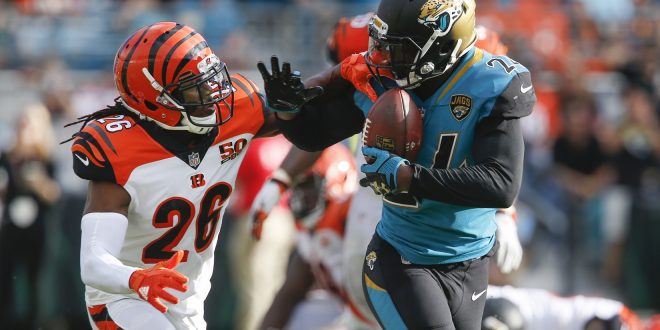 The Jacksonville Jaguars and the LA Chargers go head to head this weekend in Jacksonville. The Jaguars are looking to win their third straight game, while the Chargers need to bounce back from their recent loss against the New England Patriots.

This NFL matchup will be focused on effort while determining who can rise to the challenge.

The Jaguars are currently in the top position of the AFC south with an overall record of 5-3.

After their 27-17 loss against the LA Rams, Jacksonville won two games in a row against Indianapolis and Cincinnati. The Jags are looking to continue their winning streak even though head coach Doug Marrone thinks this will be another challenging matchup for the Jags.

However, Jaguars defensive end Calais Campbell is leading the NFL in sacks. Campbell’s recent achievements are leading up to the next challenge for him and the rest of his team.

Coach Lynn on #LACvsJAX: "This will be one of our biggest challenges of the season."

Chargers head coach Anthony Lynn describes his team as a “high character group” and is confident that his team can bounce back this weekend.

Coach Lynn isn’t the only one with confidence in the team. Defensive end Joey Bosa believes that the key to success for his team is to continue to work hard on field.

Don’t miss this NFL matchup this weekend. The game starts at 1 pm on Sunday.