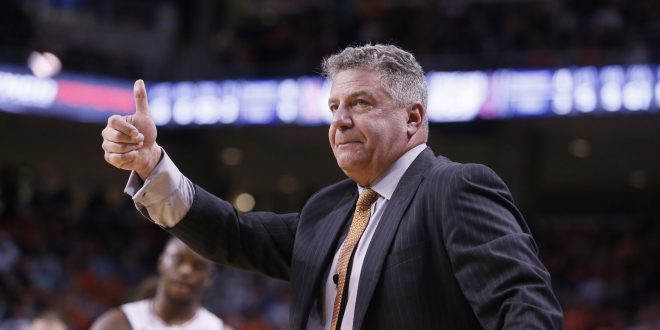 SEC Basketball Preview: No. 8 Auburn Looking to Bounce Back Against Georgia

Three days following a heartbreaking 81-80 home loss to Texas A&M, the No. 8 Auburn Tigers are back on the road to face the Georgia Bulldogs. Despite the loss, Auburn still leads the SEC. However, Tennessee (1 GB) and Florida (2 GB) are close on their heels. Georgia is trending in the opposite direction. Coming into Saturday, the Bulldogs have lost 5 of their last 6 games.

The Tigers have surprisingly been better on the road than at home this season. Of their three losses, only one has come away from Auburn Arena. Auburn has done a solid job of not letting a hostile crowds affect their play. Head coach Bruce Pearl touched on how SEC environments have become more difficult to play in this year.

Pearl also noted how having experience on his roster helps his group when they hit the road. Whether at home or away, he said his team plays the same.

In their loss to Texas A&M, Auburn was lights out from the field shooting 52 percent. They did, however, struggle a bit from three-point range. From distance, they shot just 33 percent. Auburn will be looking to get that number closer to their season average of 38 percent against Georgia.

While Auburn turns teams over and pushes the pace, Georgia struggles to hold on to the basketball and force turnovers of their own. On average, the Bulldogs turn it over 13.1 times per game (176 in the nation) and force a measly 10.09 turnovers per game (349 in the nation). Only two teams in the entire country force fewer turnovers than Georgia.

Offensively, the Bulldogs rely heavily on the services of senior forward Yante Maten. He averages 19.3 points per game and is the only Georgia player to average over 10 points per game. He’s currently in the running for the Karl Malone Award, which is given to the nation’s top power forward.

Tipoff is set for 3:30 p.m. on Saturday. You can watch the game on SEC Network.

I'm an above-average golfer with surprisingly great touch around the greens. Click on my twitter link for some sports talk.
@Ry_McGinn
Previous Florida Ready For Revenge in Saturday Showdown With South Carolina
Next SEC Hoops Preview: Tennessee Volunteers vs. Alabama Crimson Tide 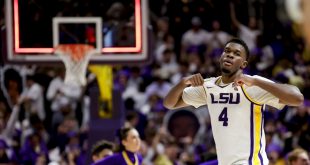