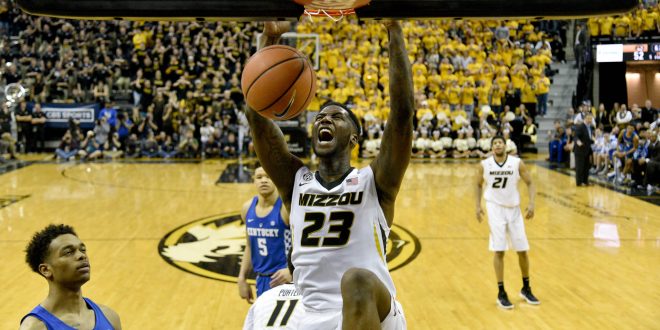 With Ole Miss having a bit of a rough season not being one of the top contenders in the SEC like previous seasons, it’s getting harder and harder for the team to come together as one and pull off a win. The last time the Rebels were able to gain a win was January 23 against Alabama. Ever since that win, the tables have taken a bit of a turn. They are coming off a seven game losing streak looking to snap that tonight against the Tigers. Ole Miss just can’t find the chemistry they need this season to be one of the top teams.

Deandre Burnett is averaging 14.8 ppg and is the floor general and leading scorer for the Rebels. He hopes to snap the losing streak. Also along his side is junior Terrance Davis averaging 13.0 ppg , so the team is hoping these two guys serve as sparks  with this rematch against Missouri after losing 75-60 on February 3rd.

This week might be a difficult game and week for Ole Miss due to the fact that their head coach of a loyal 12 years Andy Kennedy has stepped down from the head coach position.

Stated by Kennedy: ” it has become readily apparent to me that my continued presences as the head coach is proving detrimental to these players finishing the season in a fashion that is representative of the standard for this program that has been clearly established and maintained over a decade.”

Missouri is coming off a five game winning streak that got snapped by LSU on Saturday. The Tigers are being lead by Kassius Robertson, who is averaging 16.5 ppg. Missouri needs to get out to an early start with running and gunning against the Rebels. Expect a lot of physical possession that will take place.

The Tigers currently sit fourth in the SEC with a better overall record than Ole Miss.