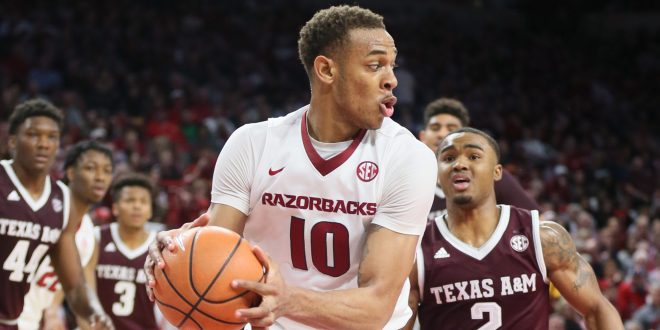 Kentucky heads into a sold out Bud Walton Arena for a Super Tuesday bout with a scorching Arkansas Razorbacks team.

Kentucky is 1-4 in its last five games with its sole win being a 10-point home victory against a Crimson Tide squad that won its prior two games by a combined 43 points.

“We haven’t been through that type of adversity, especially as a group,” sophomore forward Wenyen Gabriel said. “After every loss, you could feel that even in the locker room, the energy in the air. Those losses hurt and I feel like that bonded us together even more, making us more prepared for March.”

Gabriel said the whole mood of the team changed the day after the win. He said it felt like the team had not won a game “in forever” and that now is the time to put together a winning streak.

Although, this young Wildcats team has the fourth-toughest schedule in the country. Its tough schedule down the stretch might be the reason for its woes. Here are the teams that handed them four consecutive losses:

Those four opponents have an average RPI ranking of 16.5 according to the NCAA.

Calipari on the matchup via the SEC teleconference:

Winners of four straight, Arkansas enters tonight’s meeting with the Wildcats tied for third in the SEC standings with three other teams.

The Hogs are dominating opponents over its current win streak. Arkansas has an average margin victory of 16 points and is averaging about 80 points per game while only allowing 64 points per game during the stretch

It could be argued that the law firm of Gafford, Macon and Barford is the reason for the team’s recent success:

Razorbacks head coach Mike Anderson said at his Monday press conference that freshman big man Daniel Gafford has improved in terms of the game’s physicality and speed as well as his defensive decision-making.

“Our guys did a good job of really getting him started,” he said. “He’s an energy guy.”

But, three of those four wins have come from the friendly confines of the Bud Walton Arena. A venue where the Razorbacks are averaging close to 86 points per game while they average close to 80 away from Fayetteville.

"Playing in Bud Walton Arena is a dream come true. There is no other experience like it." – @Daryl4Macon pic.twitter.com/GpKKXNXzOi

In addition, this experienced (five of its top nine minute-getters are seniors) Arkansas team hasn’t faced as formidable of opponents as Kentucky these last four games. They have an average RPI ranking of 81.5 according to the NCAA. The second-highest behind No. 21 Texas A&M is No. 78 South Carolina.

What’s At Stake and Where to Watch

A Kentucky win would give the Wildcats a quality victory for its resume and give them momentum as they close out the regular season. An Arkansas loss would be its first home loss since Jan. 10 against LSU.

The game can be seen on ESPN at 9 p.m. standard time or streamed on the WatchESPN app.