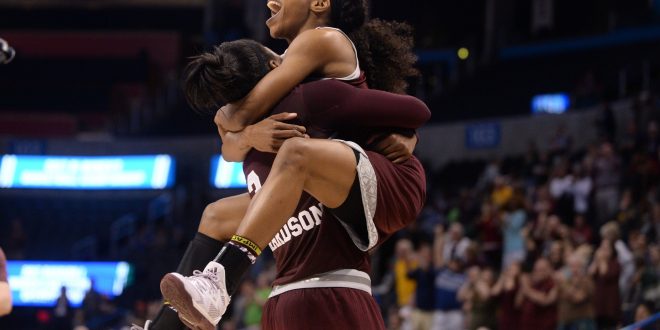 Mississippi State made history Monday night. The Lady Bulldogs basketball team earned their first ever number 1 seed in the NCAA tournament. The Bulldogs (32-1) (16-0) won the SEC regular-season championship and were the first team since Tennessee in 1997-98 to finish the regular season undefeated.

They are the No. 2 overall seed in the tournament, and the number 1 seed in the Kansas City region. They will host 16-seed Nichols State Saturday at 6 p.m. ET on ESPN2. If they win they will take on the winner of 8-seeded Syracuse and 9-seeded Oklahoma State.

The Lady Bulldogs dominated this season going 32-1 and 16-0 in the conference. The only blemish being their most recent game against in-conference rival South Carolina in the SEC tournament championship game. The Bulldogs average 82.0 points a game and only give up 55.7 points per contest. Their average margin of victory is 26.3 points a game.

They are led by senior guard, Victoria Vivians. Averaging 19.6 points per game, the senior leads the Bulldogs in scoring and in minutes. Junior center Teaira McCowan is another big-time contributor for the Lady Bulldogs. The 6’7 center is a monster in the post, averaging a double-double at 17.7 points and 13.2 rebounds a game.

Mississippi is not far removed from the top of the pyramid in the tournament. Just last season the Bulldogs were a number 2 seed in the Oklahoma City regional. After beating 1-seeded Baylor in the regional final the Bulldogs advance to the final four to face off against number 1 overall seeded UCONN. In one of the best college basketball games of all time, Mississippi State upset the Huskies 66-64 in overtime on a buzzer beater from junior Morgan William, breaking the Huskies 111 game win streak that spanned over 3 seasons. Advancing to the national championship the Lady Bulldogs eventually fell to South Carolina in the game.

The Lady Bulldogs start off the tournament hosting 16-seeded Nichols State and if they advance they will play either 8-seeded Syracuse or 9-seeded Oklahoma State. Also in their region is 5-seeded Maryland,  4-seeded Stanford, 3-seeded UCLA and 2-seeded Texas.

Fellow No. 1 seeds in the tournament include UCONN, Notre Dame, and Louisville.

The Bulldogs will look to finish what they started last year. After making it to the national championship game and coming up short Mississippi State looks to build off that success and hopefully finish the job. The Bulldogs are dominant this season and although they dropped their most recent game to rival South Carolina in the SEC tournament championship the Lady Bulldogs are dialed in and ready to make another run at the title.