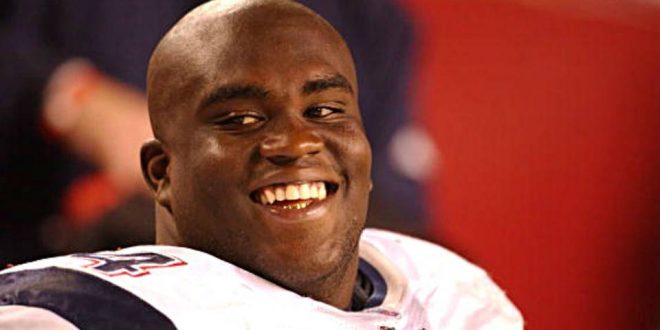 Gainesville tragically lost one of its own earlier this month.

His mother, Jessica Hadley-Brown, confirmed to the Tampa Bay Times that his passing was due to cardiac arrest.

Jones grew up in the Gainesville area, starring at Eastside High in the mid-90’s, where he earned third team all-state honors.

“Bear” came to USF in 1997, becoming a member of the school’s inaugural football team. He spent all four years of his college career at the school, making 38 starts at tackle.

Jones played a major role in the team’s early success from 1997 to 2000. USF went 27-17 in that span, competing as an independent in I-AA for three years before transitioning to FBS in 2000.

Dubbed a “gentle giant” by the people who knew him best, Jones’ career at USF was very successful. The offensive tackle earned second-team Division I-AA All-Independent honors in 1998 and was later invited to the 2000 Blue-Gray Football Classic.

The former OT also found himself on the basketball court at one point in Tampa.

During a 1998-1999 basketball season that was depleted by injuries, former USF coach Seth Greenberg called on the 6-foot-4, 308-pound lineman to come in and add some much needed depth to his team.

Jones did more than what was expected of him, pushing his teammates to the limit in practice. Although he only appeared in three games that season (collecting two rebounds), the offensive tackle turned center certainly showcased some of his freakish athletic ability.

Bear would later go on to become the first USF Bull to ever be selected in the NFL Draft in 2001.

Jones’ pro career didn’t quite live up to expectations.

Drafted in the 4th round by the New England Patriots in the 2001 NFL Draft, Jones spent parts of four seasons in the NFL, playing with the Washington Redskins for a short stint after his release from the Patriots.

Although his NFL career was anything but memorable, he did manage to pick up a Super Bowl ring while with the Patriots his rookie year.

In 2008, Jones had the opportunity to join the Tampa Bay Storm of the Arena Football League. He played one season for the team after a July 2008 arrest derailed his opportunity there.

Kenyatta Jones will be remembered by his teammates, friends and family alike for being a fun-loving, passionate individual who could put a smile on anyone’s face.