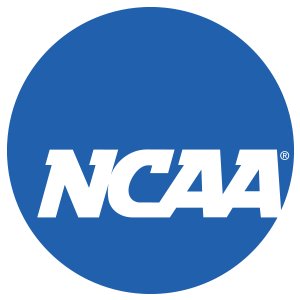 Spurred on by the FBI’s investigation of corruption in the collegiate game, the organization announced a number of changes to its rulebook on Wednesday. Three changes, though, are receiving the bulk of press attention.

They could finally help college athletics’ governing body move past a rough last couple of years.

One of the NCAA’s biggest changes involved its definition of draft eligibility. In the past, players had to remove themselves from the NBA’s draft pool at least 10 days before the event in order to preserve their amateur status.

Now, none of that applies. All players who are invited to the NBA Combine, but don’t hear their name called on draft night, are allowed to return to their collegiate teams.

I like a lot of these new NCAA basketball rules. I am curious to see how it affects coaches and team building in regards to more players staying in the draft and returning after going undrafted

Agent Involvement in These Changes

Additionally, the NCAA updated its rules regarding player-agent relationships. New regulations stipulate that “elite” high school recruits will be able to hire agents. Also, collegiate prospects will also have the ability to hire agents.

However, the change doesn’t come without qualifiers: According to USA Today’s Dan Wolken, athletes will only be able to obtain the services of an NCAA-qualified agent at the end of the season. Aside from “minor expenses,” the player and agent will not be able to have a financial relationship. Furthermore, their partnership must end if the player elects to return to school.

The recruiting calendar also received an overhaul; and per CBS Sports, the NCAA made two primary edits to its scouting policy.

For the first time, college coaches will be able to attend the NBAPA’s Top 100 High School Basketball Camp. Furthermore, recruiters will now be allowed to use July’s first “live period” to attend AAU events. As CBS Sports puts it,

The earliest five-day July evaluation period will remain in place; coaches will still be able to attend Nike’s Peach Jam and other non-scholastic tournaments in that window. The month itself is shrinking from three recruiting weekends to two, with the second featuring camp-style events that will be coordinated by the NCAA, USA Basketball, the NBA and the NBA Players Association. It’s the first time those four major organizations have formally come together to organize a national basketball event.

It may still take some time for the FBI’s investigation to close, but one thing is certain: By giving draft-bound players the option to return, the NCAA’s rule changes should elevate the collegiate game’s talent level.